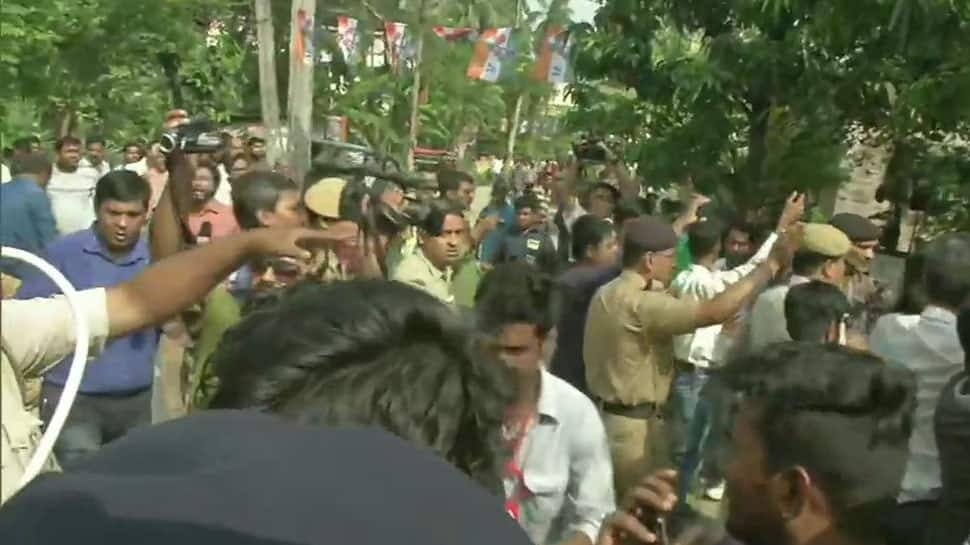 The FIR was registered in Titagarh Police Station.

The development comes hours after the BJP candidate accused Trinamool workers of attacking him in Barrackpore during the fifth phase of Lok Sabha Election 2019 on Monday.

"I was attacked by TMC goons while I was trying to talk with voters. It was a planned attack and I will report the matter to the Election Commission. TMC`s hooligans are running unchecked in the state, my bleeding mouth is a proof of it," news agency ANI quoted him saying.

More clashes were reported between BJP and Trinamool Congress from other places in from several constituencies of West Bengal.

Voting in West Bengal was being held for seven out of the 42 Lok Sabha constituencies in the state – Hooghly, Sreerampore, Arambagh, Howrah Uluberia, Barrackpore and Bongaoan. These constituencies are spread across three districts of south Bengal -- Hooghly, Howrah and North 24 Parganas.

Mamata Banerjee takes a dig at PM Modi: Will be happy if 56-inch becomes 112-inch