What if someone links you to Godhra: Punjab Chief Minister Amarinder Singh hits back at PM Modi

The Punjab Chief Minister said it did not behove the prime minister of the country to 'stoop' to such levels for winning elections. 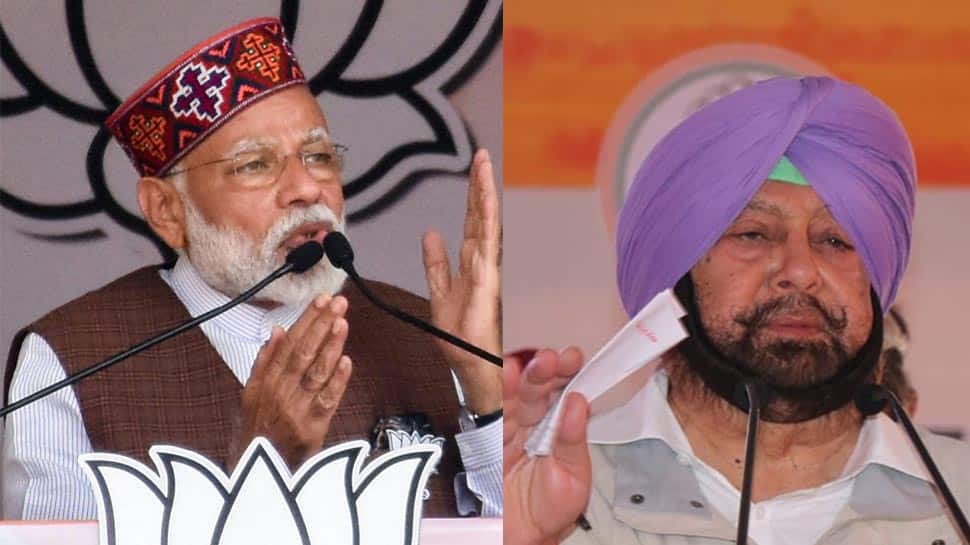 Patiala: Hitting out at Prime Minister Narendra Modi for targeting the Congress and the Gandhi family over the 1984 anti-Sikh riots, Punjab Chief Minister Amarinder Singh on Friday said what if someone linked the PM with the 2002 riots in Gujarat's Godhra.

"It is wrong of Modi to connect (former prime minister) Rajiv Gandhi with the anti-Sikh riots of 1984. What if someone starts linking Modi with Godhra," he told reporters here.

Singh said it did not behove the prime minister of the country to "stoop" to such levels for winning elections.

He asserted that the involvement of some individuals in the 1984 riots did not mean that Modi could implicate Rajiv Gandhi or the Congress party in it.

"By the same yardstick, Modi should also have been implicated in the Godhra attack," the chief minister said, while asking the prime minister to refrain from "undermining the prestige of his position with such crude and baseless statements".

"Modi should not forget that the names of several BJP and RSS leaders had figured in the 1984 riots FIR," he said, calling for action in accordance with law against all those found responsible for the mayhem unleashed on innocent Sikhs.

"Modi is unnecessarily dragging Rajiv Gandhi's name to court controversies and divert attention, with his lies, from the real issues," Singh said.

Asked about Congress leader Sam Pitroda's reported statement on the 1984 riots, he said, "If Pitroda has actually said this, it is shocking."

Describing the riots, which took place in the aftermath of then prime minister Indira Gandhi's assassination by her Sikh bodyguards, as a big tragedy and stressing that justice was yet to be meted out to the victims, Singh said, "If some leaders were involved in the riots, they should be punished as per law."

The chief minister asserted that since the riots, he had been saying that he had heard accusations about the involvement of Sajjan Kumar, HKL Bhagat, Dharam Das Shastri, Lalit Maken and Arjun Das, adding that he stood by his statement.

Slamming Modi, Singh said the prime minister had not uttered a single word on the work done by his government in the last five years.

Modi and his Bharatiya Janata Party (BJP) had been totally exposed and were now clutching at non-existent straws in their desperation to get back into the poll race, he said.

The senior Congress leader chastised Modi for claiming credit for the action of the armed forces for "political gains", saying in his political career of 50 years, he had never seen a prime minister stooping to such levels.