'What is he, Gujarat's Hitler,' asks man who hit Congress leader Hardik Patel

Hours after a man, identified as Tarun Gajjar, slapped Congress leader Hardik Patel on Friday, he said that he has been wanting to teach Hardik a lesson since the Patidar agitation started. 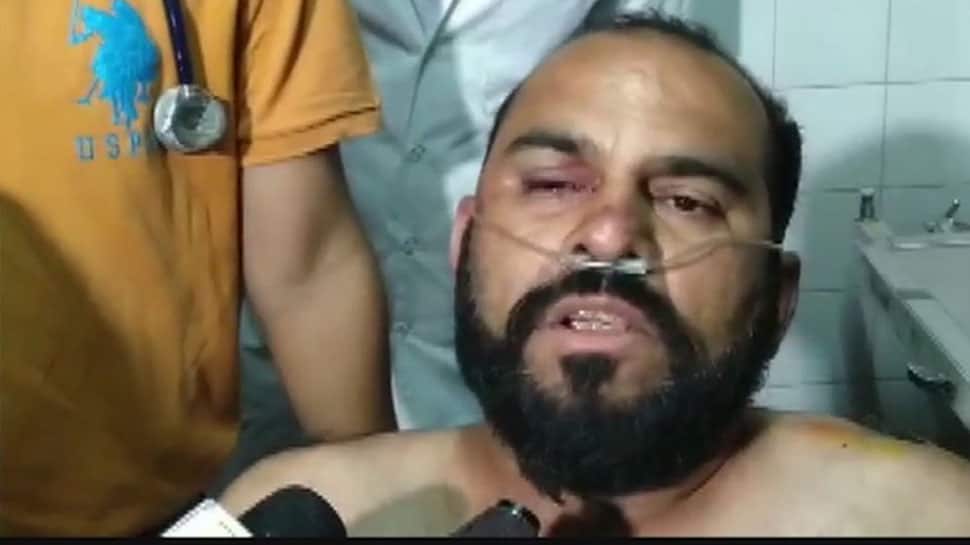 Hours after a man, identified as Tarun Gajjar, slapped Congress leader Hardik Patel on Friday, he said that he has been wanting to teach Hardik a lesson since the Patidar agitation started.

Hardik was slapped by Gajjar while he was addressing a poll rally at a village in Surendranagar district of Gujarat. A ruckus took place on the stage as all present on dais tried to pull the man away.

In a statement to news agency ANI, Gajjar said that during the agitation his wife was pregnant and undergoing treatment at a hospital and he had to face problems. He added that he had decided then to hit Hardik and teach him a lesson.

Another incident that further triggered his anger was during Hardik's rally in Ahmedabad. He had gone to get medicine for his child but everything was shut down. The agitated man reiterated that Hardik shuts down the roads and Gujarat whenever he wants to. He also compared Hardik to Hitler.

"My wife was pregnant when Patidar agitation happened, she was undergoing treatment at a hospital, I had faced problems then, I had decided then, I'll hit this man. I have to teach him a lesson anyhow. Then again during his rally in Ahmedabad when I had gone to get medicine for my child, everything was shut down. He shuts down the roads, he shuts down Gujarat whenever he wants to. What is he? Gujarat's Hitler?" said Gajjar.

After the incident, Hardik filed a complaint with the police. The incident was captured on cameras and quickly it spread online.

As soon as Hardik Patel started his speech at Baldana village under Wadhwan taluka, Gajjar suddenly came on the stage and slapped him.

The man, who looked angry and was seen saying something to Hardik Patel after slapping him, was overpowered by party workers. He was also beaten and taken away from the venue.

He was handed over to the police.

The man was thrashed following the incident and was later admitted to the hospital.

Mahendra Baghedia, SP Surendranagar, said, "The man is not affiliated to any party, he is a common man. Law is taking its own course."