In a photo of the 'baba' tweeted by Akhilesh Yadav, the ‘baba’ can be seen wearing a saffron attire just like Yogi Adityanath. 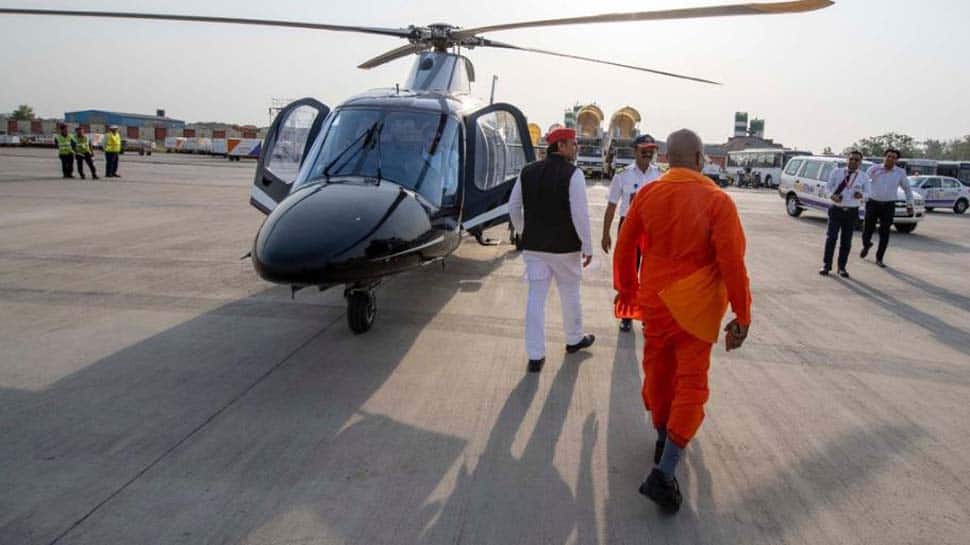 In a photo of the 'baba' tweeted by Akhilesh Yadav, the ‘baba’ can be seen wearing a saffron attire just like Yogi Adityanath. The 'baba'. with whom Akhilesh is travelling these days, also had his head shaved like Uttar Pradesh chief minister. Though the mysterious 'baba' can be seen with SP chief in the pictures, his face is not visible.

“We cannot bring fake God but we bring a ‘baba’ ji. He has left Gorakhpur and is telling truth about the government to everyone in the state,” tweeted Akhilesh Yadav.

In Uttar Pradesh, SP, Bahujan Samaj Party and Rashtriya Lok Dal (RLD) are contesting the Lok Sabha poll as an alliance. The three parties had succeeded in inking a seat-sharing deal before the start of the Lok Sabha poll on April 11. As per the seat-sharing arrangement, BSP is contesting on 38 seats, SP on 37 and RLD on three out of the total 80 seats at stake in Uttar Pradesh.

In 2004, the BJP had performed exceptionally well in UP, winning 71 seats on its own. The saffron party's alliance Apna Dal had managed to win 2 seats. The SP had won just five seats and the Congress was reduced to only two seats.

The SP-BSP-RLD alliance is set to have a major impact in this election and it is likely that the BJP would find it tough to repeat its performance of 2014. For its part, the BJP is trying its best to win maximum seats from Uttar Pradesh and all its big leaders, including Prime Minister Narendra Modi and party president Amit Shah are addressing multiple rallies in the state to woo the voters.