Ram Shankar Katheria, the chairman of National Commission for Scheduled Castes and Bharatiya Janata Party's candidate for Etawah Lok Sabha seat in Uttar Pradesh, stoked controversy after threatening to break fingers raised against the party or its members. 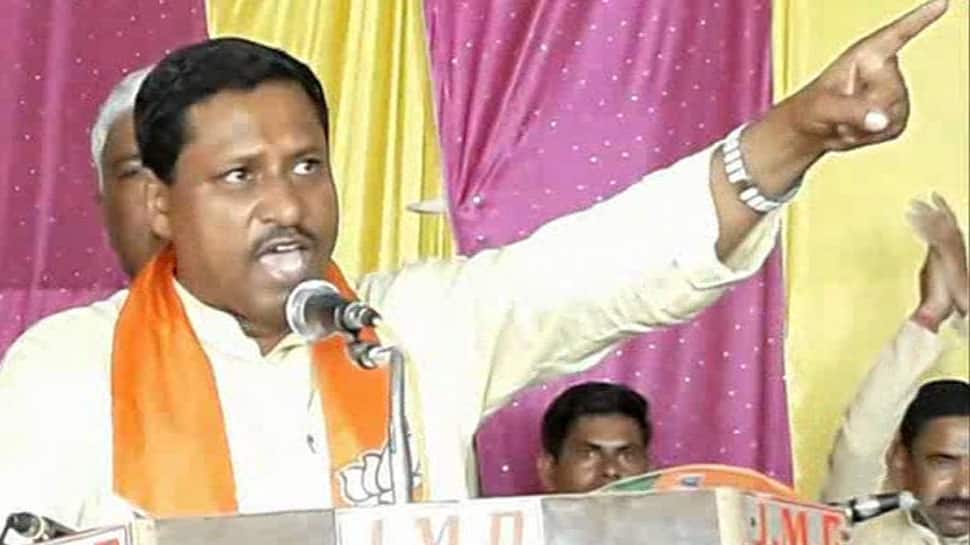 LUCKNOW: Ram Shankar Katheria, the chairman of National Commission for Scheduled Castes and Bharatiya Janata Party's candidate for Etawah Lok Sabha seat in Uttar Pradesh, stoked controversy after threatening to break fingers raised against the party or its members.

“Today our government is in the state and centre, so now if anyone raises a finger at us, that finger will be broken,” said Katheria rally in Etawah on Thursday.

Referring to cases registered against him and other BJP leaders under the Mayawati government, Katheria said, “Mayawati imposed many cases on me, but I kept fighting and she was never able to put me in jail.”

“Mayawati tried several times to put me behind bars. She filed as many as 29 cases against me. But I was not afraid of her. I fought with full vigour and confidence. I promise that if anyone dares to raise their eyebrows against us, we will respond in the same way. I promise to be with you in every situation," Katheria told ANI.

The BJP denied Katheria a ticket from his current constituency Agra-SC and instead fielded him from Etawah for the upcoming Lok Sabha election 2019. He was replaced by UP minister SP Singh Baghael in Agra SC.

The Lok Sabha election 2019 will be held in seven phases from April 11 to May 19. Results will be annouced on May 23. Eighty-member Uttar Pradesh Assembly, where 80 seats are at stake, will go to polls in all seven phases.