"If my party asks me to contest the polls, I will definitely do so. But my personal wish is to work for the party's organisation." 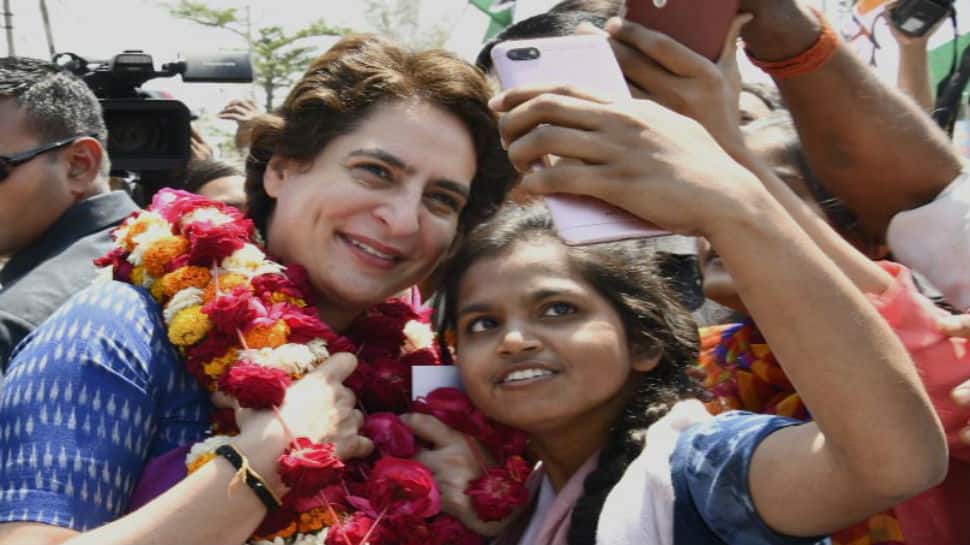 Amethi: Congress leader Priyanka Gandhi Vadra on Wednesday said she will contest the elections if her party asks her. However, she said her own wish is to work for the party's organisation.

"If my party asks me to contest the polls, I will definitely do so. But my personal wish is to work for the party's organisation as a lot of work needs to be done," the Congress leader told reporters.

She said, "I have told party workers that it is very important you campaign properly this election. You should go to each and every house, and tell people that this election is to save the nation. Not Rahul Gandhi, but the nation should win this election."

Taking on UP Chief Minister's Yogi Adityanath's jibe that she visits temples only during elections, Priyanka Gandhi asked whether he knows anything about her.

The Congress general secretary in-charge of the state's eastern districts kicked off second leg of her campaign on Wednesday with the visit to Amethi, her brother Rahul Gandhi's constituency, and is scheduled to reach Ayodhya, where the disputed Ram Janmabhoomi-Babri Masjid site is located, on Friday.

When asked whether she will visit the makeshift temple which houses the idol of Lord Ram or "Ram Lalla (infant Ram)", Priyanka Gandhi said, "I haven't checked my schedule."

In an oblique reference to Finance Minister Arun Jaitley dig at the Congress' minimum income promise, she said her party preaches what it practices.

"See the Congress had said that it will waive off the loans of farmers, and within 10 days of coming to power in Madhya Pradesh and Rajasthan, it was done," Priyanka Gandhi said.

Hitting back at BJP's criticism of previous Congress governments failing to remove property, she said, "Obviously all the problems have not been solved. Obviously some people are still poor. A large number of people are suffering. But there is a lot of work that has been done."

She said the issues on which her party is fighting this elections are farm distress and lack of jobs.

"I think the defining issue is that farmers are suffering. They have got no help from the government, they say that they do not get seeds and fertilisers on time. In some places, seeds are costing them more than their crop. They are in debt, and there is nobody to support them and nobody to help them," she said.

"There is gross unemployment. Jobs were promised, they were not given. There are thousands of young people who are unemployed. I see them everywhere, I see them everywhere I go. When I ask have you got a job, they say 'no'," Priyanka Gandhi said, adding that no government has performed as badly on employment as the NDA has.

She also said that a number of issues have been politicised, which should not have been done.

The Congress leader also congratulated DRDO scientists for successful testing of India's anti-satellite missile capabilities. "I am very very proud of DRDO, which is one of India's great institutions founded by Jawaharlal Nehru," she said.