With long list of candidates, Nizamabad in Telangana is cynosure of all eyes 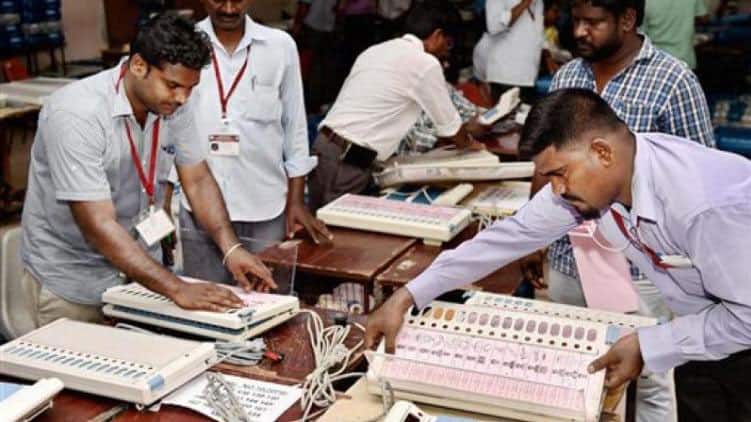 NIZAMABAD: As polling got underway in Telangana for the 17 Lok Sabha constituencies on Thursday, Nizamabad has become a cynosure of all eyes with large number of candidates in the fray necessitating deployment of as many as 12 EVMs in each booth.

In the field are 185 candidates, including 178 farmers who jumped into the fray to support their demand for remunerative price for turmeric and red sorghum and setting up of a Turmeric Board based in Nizamabad.

Telangana Rashtra Samiti (TRS) President and Chief Minister K Chandrasekhar Rao's daughter K Kavitha is seeking re-election from here. Blaming the BJP, she had said it was the Centre which should take initiative for setting up the Turmeric Board.

While voting began at 7 a.M in other constituencies, it commenced in Nizamabad an hour later as planned due to mock polling in view of the large number of candidates in the fray and as also deployment of EVMs.

The sitting MP Kavitha along with her husband Anil cast her vote in Potangal village in Bodhan Assembly constituency.

The contesting farmers have alleged that the TRS government failed to ensure minimum support price for turmeric and red sorghum produce and in getting Turmeric Board established.

TRS Rajya Sabha member D Srinivas's son D Arvind is contesting as a BJP candidate while AICC Secretary Madhu Yashki Goud is in fray from Congress in Nizamabad. Elaborate arrangements have been made for the polling.

In view of the large number of contestants, 12 ballot units are coupled in series and attached to a control unit in inverted 'L' shape. The Election Commission is using M3 type EVMs which can support up to 24 BUs. Each BU will have 24 names.

In a normal situation, the EC drafts 15 to 16 engineers in a constituency, for troubleshooting, whereas for Nizamabad it has kept as many as 600 engineers, Rajat Kumar had earlier said adding one helicopter would be kept ready in case any large number of machines had to be airlifted.