The contest is primarily between Ram Kripal Yadav - the sitting BJP MP and a Union minister - and Misa Bharti who had lost to the former five years ago. 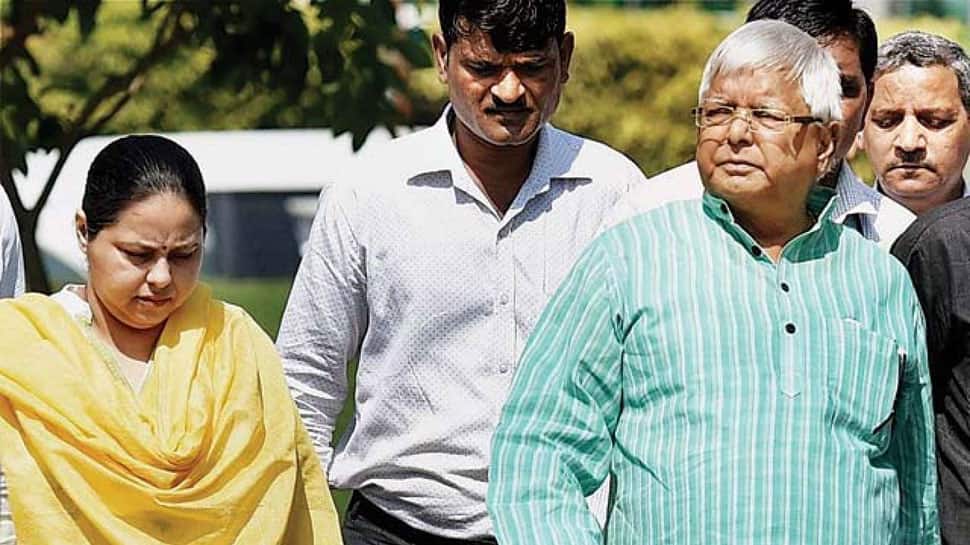 Patna: Named after the ancient Indian city that was the seat of power for the mighty kingdom of Magadh, the Pataliputra Lok Sabha constituency is witnessing yet another showdown between a former loyalist of RJD boss Lalu Prasad and his eldest daughter.

Although Prasad has dominated the political landscape of Bihar for close to three decades, capturing Pataliputra, that came into being after the 2018 delimitation - has remained a Sisyphean task for the family that controls the RJD.

Altogether 26 candidates are in the fray in the constituency which comprises six assembly segments of which four are currently held by the Congress-RJD combine while another was won, in 2015 polls, by the JD(U), which was then an alliance partner but has now realigned with the BJP.

The contest, however, is primarily between Ram Kripal Yadav - the sitting BJP MP and a Union minister - and Misa Bharti who had lost to the former five years ago and has entered the fray again apparently to avenge the defeat despite being a member of the Rajya Sabha.

The BJP candidate enjoys the support of the JD(U) - which won the seat in 2009 and had secured the third position five years later, polling nearly one lakh votes. The RJD's prospects are, on the other hand, bolstered by the CPI(ML) Liberation agreeing to support it. The ultra-Left outfit had garnered more than 50,000 votes in 2014 when Misa lost by a margin of just about 40,000 votes.

Moreover, Misa also hopes to gain sympathy - particularly of the members of the caste to which she and her rival belong - with her campaign almost entirely focused on her ailing father who is serving sentences in fodder scam cases and has not been able to secure bail on health grounds.

Prasad had himself contested from the seat in 2009, but lost by a margin of less than 25,000 votes to his former aide Ranjan Yadav, who was fielded by the JD(U) - the party headed by his arch rival Nitish Kumar, who had dislodged his wife Rabri Devi from power four years earlier.

The constituency was earlier a part of the now-abolished Patna Lok Sabha seat which Ram Kripal Yadav had wrested for Prasad's RJD in 2004, defeating the sitting BJP MP C P Thakur, who was also a member of the Union cabinet headed by the then prime minister Atal Bihari Vajpayee.

Despite being seen as a natural claimant for the party ticket from Pataliputra, when it came into being, Yadav withdrew when his mentor expressed the desire to fight from the seat and settle scores with a friend-turned-foe.

Five years later, when Prasad had been debarred from contesting elections on account of conviction in one of the cases, he chose to field his daughter hoping that it would be okay with Yadav, who had been sent to the Rajya Sabha.

The loyalist, however, felt slighted and quit the party and the BJP, sensing his personal popularity since his days as the city's deputy mayor, fielded him from the desired seat and rewarded him with a ministerial berth at the Centre.