Yogi Adityanath termed it an "insult" for Hindus and asked Congress to clarify its stand. 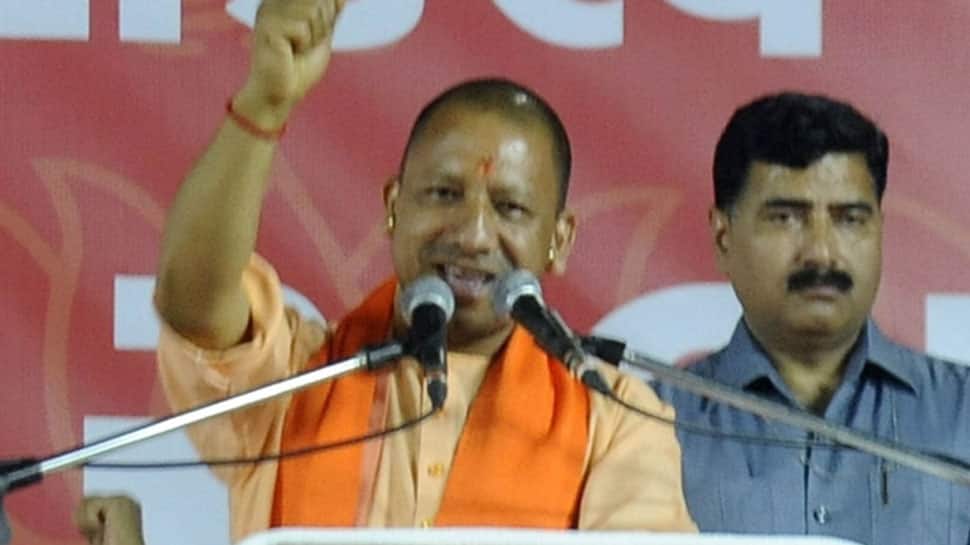 Noida: Uttar Pradesh Chief Minister Yogi Adityanath on Sunday hit out at Congress general secretary Priyanka Gandhi Vadra after she avoided visiting the makeshift Ram Lalla shrine during her Ayodhya trip recently, terming it an "insult" for Hindus and asking the party to clarify its stand.

Addressing an election rally here in support of BJP candidate and Union minister Mahesh Sharma, Adityanath said the country and the world see Ayodhya as Ram Janmbhoomi and there is no dispute on it after the 2010 Allahabad High Court judgement on it.

"When she was asked as to why she did not visit the Ram Janmnbhoomi, she said it was a disputed site hence she did not go there," he claimed.

"Vadra's remark on the Ayodhya site is an insult to any Hindu living in any part of the world," the monk-turned-politician declared to the gathering. "Brothers and sisters, there can be no bigger insult for us."
"Last time they (Congress) had won 44 seats, this time they will get only four seats and get finished."

Priyanka Gandhi visited Ayodhya on March 29 and offered prayers at the popular Hanuman Garhi temple there but kept away from the Ram Lalla shrine.

Adityanath said, "I want to ask you (Priyanka Gandhi) that you did not go to the site thinking that people from a particular community would get angry? You went to Ram bhakt Hanuman's temple. You made a controversial statement about the Ram Janmbhoomi."

He alleged that the Congress was behind the delay in the verdict on the Ayodhya dispute, saying a battery of lawyers belonging to the party argue for deferring the matter every time the Supreme Court takes it up.

"The Congress, SP and the BSP, they all are the biggest hurdles in getting this matter resolved. We don't consider it a disputed site. These people deliberately play with your sentiments," he told the gathering.

Adityanath also accused the Congress and its allies of coining the phrase "Hindu terrorism" in the wake of the 2007 Samjhauta Express blast that had killed 68, mostly Muslims, and said Hindus have been known for peace but the party had "linked them to terror".

He also alleged that the previous Congress-led government at the Centre wanted the Ram Setu also destroyed.

"In 2019, we have to decide the roadmap ahead. Should those encouraging and revering terror be elected or (Prime Minister Narendra) Modi, who has worked for security, prosperity and happiness, be reelected?" he asked.

He described the Congress as a "burden" on the country.

"Sometimes I think Rahul Gandhi ji has risen to fulfil Mahatma Gandhi's dream. Gandhiji had said the Congress should be dissolved after independence, but its leaders of the day did not listen to him.

Now it appears that Rahulji has come to fulfil that dream of Gandhi ji.

Similar is the situation for the SP-BSP in the state, Adityanath said, adding the "alliance of corruption" has failed completely.

"They are scared even to step out for campaigning. What are the issues they want to take to the people? What achievements they have to show to the people, especially in western UP?" he added.
He said BSP chief Mayawati and SP president Akhilesh Yadav had considered Noida and Greater Noida a "jinx" and avoided visiting there as chief ministers ignoring the development of the region.

"I have broken that myth. The BJP breaks all myths," he said, citing his multiple visits to the region for several development projects.

The UP chief minister also trained guns at his Delhi counterpart Arvind Kejriwal, claiming he was the "biggest hurdle" in development of the national capital.

Referring to Uttar Pradesh bagging the project to build an international airport at Jewar here, Adityanath said Punjab, Haryana and Delhi were also interested in getting it. He credited Sharma for it.

"I think it is also about how good your elected representatives are... Delhi CM himself is the biggest obstacle in Delhi's development. He has become a problem unto himself... Whenever the central government plans a development project for Delhi, he goes on a dharna," Adityanath said.

Gautam Buddh Nagar goes to polls on April 11 during the first leg of the seven-phased elections.