In Delhi, the voting took place in the sixth phase on May 12 for seven Lok Sabha seats. 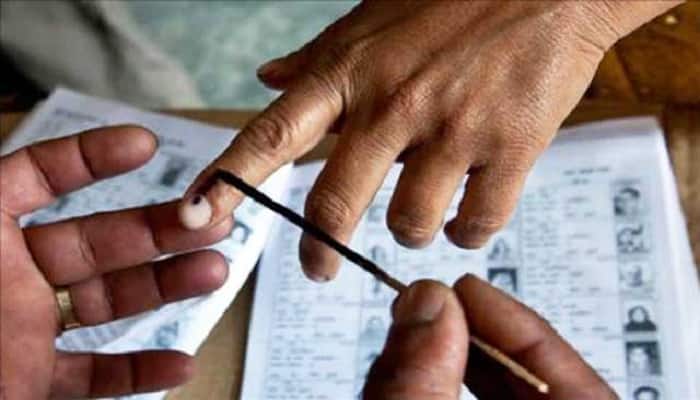 The Bharatiya Janata Party (BJP) is likely to repeat the same of the 2014 Lok Sabha elections after the exit poll on Sunday predicted that the saffron party would clean sweep all the seven seats in Delhi when the results of this year's polls are announced on May 23.

According to India TV-CNX, Prime Minister Narendra Modi-led BJP  government will win all the seven Lok Sabha seats in the national capital, while Congress and Aam Aadmi Party (AAP) are expected to taste disappointment.

While Today's Chankya also predicted clean sweep by the NDA government, ABP-Axis projected five out of seven seats for BJP and one each for Congress and AAP.

Republic-Jan Ki Baat and Aajtak-Axis says the BJP would win a minimum of six seats, while the saffron party is expected to bag at least five out of seven seats as per exit poll by ABP-CSDS and NewsX-Neta.

The exit poll also suggested that Congress might win a maximum of one seat, while AAP is expected to not even open its account when the results of the 2019 Lok Sabha election will be declared.

The national capital recorded the total voter's turnout of 60.51 per cent, while the total number of electors recorded were 14316453.

Here are the exit poll predictions for Delhi:

# ABP-CSDS for the national capital predicts 5 out of seven seats for BJP.  Congress and AAP are likely to get a seat each.

# Aajtak-Axis for Delhi also projects majority for BJP with six to seven seats. Congress might bag one Lok Sabha seat.

# BJP is likely to bag five out of seven seats, while Congress is expected to settle with just two seats in the national capital, according to the predictions by News X-Neta.

# Today's Chanakya also predicts that BJP will clean sweep in Delhi. The other two major parties--AAP and Congress-are expected to suffer defeat.

# According to Republic-Jan Ki Baat, BJP will form the government once again with more than 300 seats while Congress is likely to fall short of 100.

# India TV-CNX predicts BJP will win all seven seats in Delhi, while Congress, AAP are likely to taste disappointment.