Adityanath gets emotional when asked about Pulwama tragedy: Watch

Talking about the Pulwama terror attack of February 14, he said that the security forces acted swiftly thereafter and killed the mastermind within 48 hours. 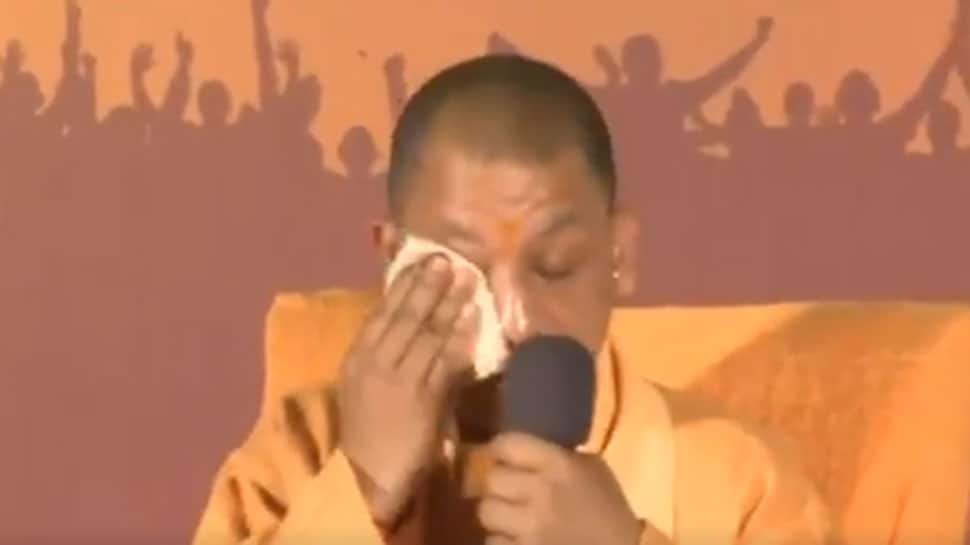 Responding to the question, he said that the terrorism in Kashmir is like a lamp which always tends to glow brighter before getting doused. Terrorism will soon end under the leadership of Prime Minister Narendra Modi.

"Terrorism is now inching towards its end. In order to put an end to it completely, Prime Minister Narendra Modi-led government is totally committed," Adityanath said.

The Chief Minister, who received a round of applause from the audience, was seen getting emotional while replying to the question. Taking out a handkerchief from his pocket, he wiped his nose and tearful eyes.

Talking about the Pulwama terror attack of February 14, he said that the security forces acted swiftly thereafter and killed the mastermind within 48 hours.

As many as 40 CRPF personnel were killed in the deadly attack in Jammu and Kashmir last week. The responsibility of the suicide bomb attack was claimed by the Pakistan-based terror outfit, Jaish-e-Mohammad (JeM).

Adityanath, during his interaction at the event, also mentioned that two JeM terrorists were arrested in Saharanpur in an operation linked to the Pulwama terror attack.