The BJP, the SP and the Congress today expressed confidence they would win the upcoming bypolls on Gorakhpur and Phulpur Lok Sabha constituencies, vacated by Uttar Pradesh Chief Minister Yogi Adityanath and his deputy Keshav Prasad Maurya. 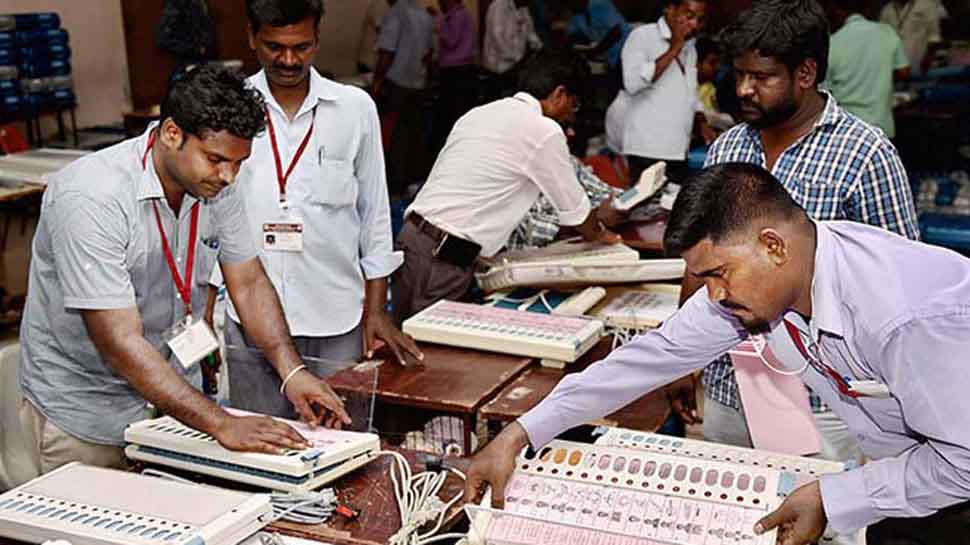 LUCKNOW:  The BJP, the SP and the Congress today expressed confidence they would win the upcoming bypolls on Gorakhpur and Phulpur Lok Sabha constituencies, vacated by Uttar Pradesh Chief Minister Yogi Adityanath and his deputy Keshav Prasad Maurya.

The Election Commission has announced that the bypolls on the seats will be held on March 11.

The BJP aims to continue its successful run in the state by retaining the two seats with an improved margin, while the SP seeks to wrest them.

The bypolls will also be a test for the Congress after its impressive performance in Gujarat polls in December and more recently in byelections in Rajasthan.
Exuding confidence that the BJP will sweep the bypolls, state BJP spokesperson Rakesh Tripathi said: "BJP is always ready for elections.

We are a cadre-based party. I am confident that the party will improve its winning margin."

"March 11 is a significant date for us, as it was on this day last year that the BJP and its allies bagged 325 out of the 403 Assembly seats in UP. (In 2017) we had banked on the performance of Modi government only.

Now, we have the achievements of Yogi and Modi governments (to show to the people)."

Taking a jibe at the Congress and the SP, Tripathi said, "The two opposition parties had forged a pre-poll alliance to contest the Assembly polls. Now, the opposition is virtually scattered. When they could not damage the BJP unitedly, then how can they damage (the BJP) by contesting individually."

The SP, however, claimed that voters will punish the BJP for not fulfilling its poll promises.

"We are sure that people of Uttar Pradesh will teach the BJP a lesson for making false promises during the last election and not fulfilling them," SP spokesperson Sunil Singh Sajan said.

"We are ready for polls and will put our best foot forward. In a couple of days, the party will announces its candidates and contest strongly on both the seats on our own strengths."

Sajan said public mood was not favourable for the BJP-led state government because of the poor law and order situation.

Congress claimed that an atmosphere of fear was prevailing in Uttar Pradesh and the party will highlight failures of the Yogi government before the people.

"We will contest from both parliamentary constituencies, and will definitely put our best foot forward.

"The UP government has failed miserably on the law and order front. An atmosphere of fear is prevailing across the state.

The problems of farmers are yet to be resolved," state Congress spokesperson Ashok Singh said.

UP govt has established the rule of law: Governor