Amit Shah attacks Congress over 'Vande Mataram' row in MP, asks if Rahul Gandhi behind it 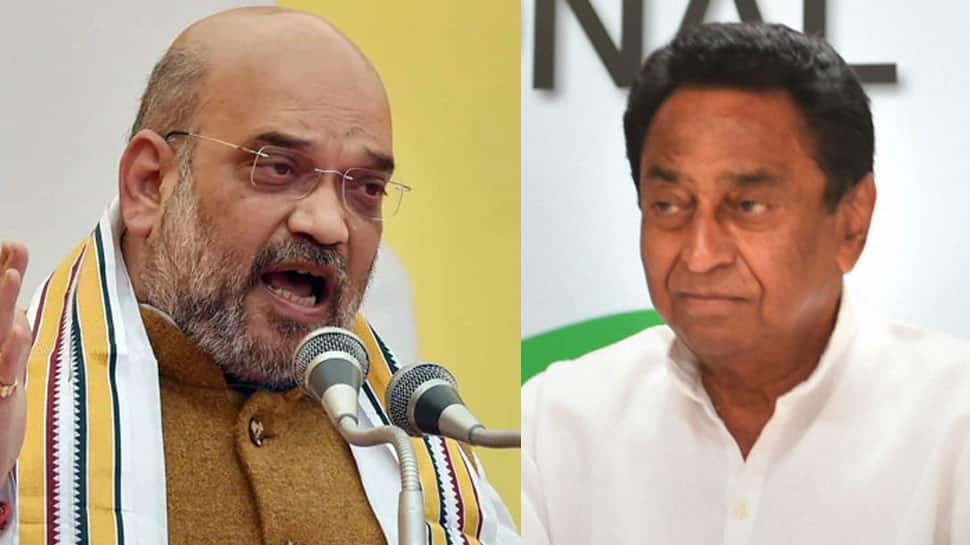 NEW DELHI: In a blistering attack on the Congress government in Madhya Pradesh, Bharatiya Janata Party (BJP) chief Amit Shah on Wednesday said that 'Vande Mataram' was not sung at the state secretariat just to please a "particular community" and asked whether it was done at the behest of party president Rahul Gandhi.

The BJP chief made these allegations in a Facebook post in which he claimed that the Congress government was turning Madhya Pradesh - the "heart of Hindustan" - into a centre of its "appeasement" politics.

A row had erupted after it came to fore that 'Vande Mataram' was not sung at the state secretariat on Tuesday, the first working day of the month, a tradition that was followed by the previous BJP government for nearly 15 years.

"I want to ask Congress national president Rahul Gandhi whether the insult of Vande Mataram is his decision. Rahul Gandhi should clear his stand before the people of the country on the unfortunate decision by the Congress government," Shah sought to know in the Facebook post. 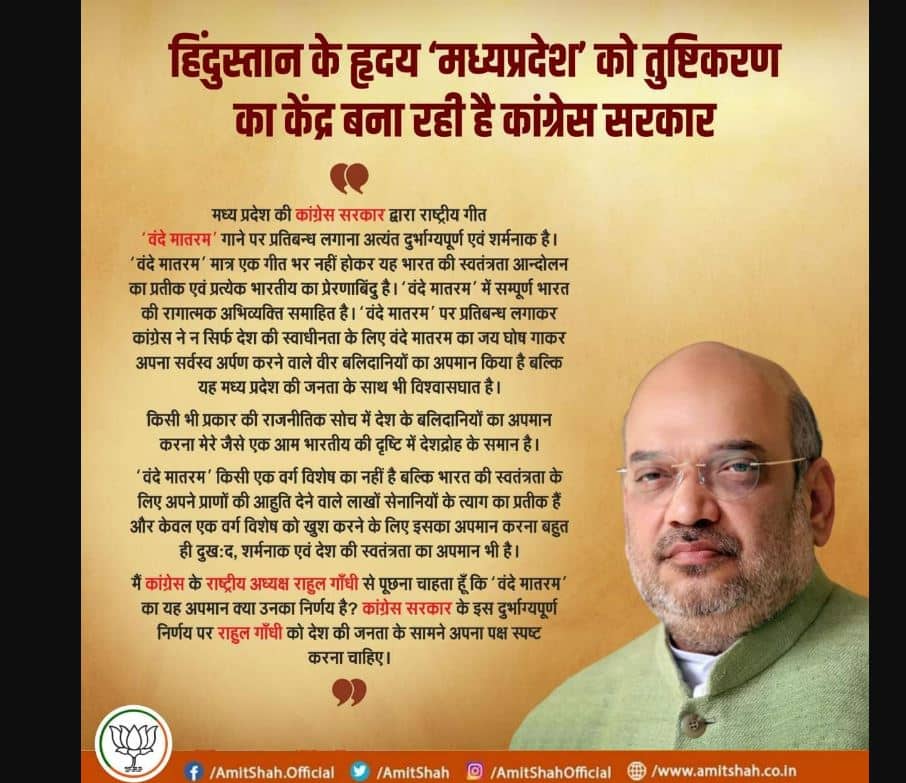 Driving his point home, the BJP chief said that 'Vande Mataram' does not belong to any particular community and, instead, it is a symbol of the sacrifice made by lakhs of warriors who laid down their lives for the freedom of India.

"And its insult just to please a particular community is very sad, shameful and disrespect of the country's freedom," Shah said.

Earlier in the day, former chief minister Shivraj Chouhan also attacked the Kamal Nath government and said that he and all other BJP MLAs will sing 'Vande Mataram' on the first day of the Madhya Pradesh Assembly Session if the Congress government does not restore the practice at the secretariat.

Nath, however, said the practice of singing 'Vande Mataram' on the first working day of every month was being discontinued for the time being and that his government has decided to implement it in "naya swaroop" (new form).

"We have not taken this decision under any agenda nor are we opposed to singing 'Vande Mataram'. It is deeply rooted in our hearts and we have sung it from time-to-time. We will start it again but in a different form," Nath said in a statement.

He also criticised those who were trying to politicise the issue.

"I condemn those who do politics in the name of either temple or Vande Mataram. We are bringing it (Vande Mataram) in a new form and I will make an announcement on it within a day or two," the chief minister said.