Upset by Sadhvi Pragya's remarks, Siddique said on Thursday that some of her statements were communal and obnoxious. 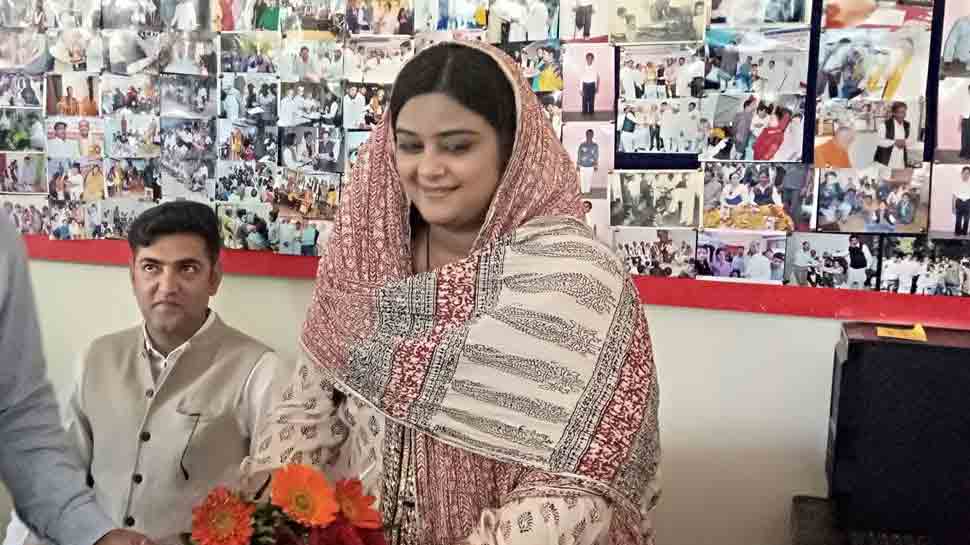 Upset by Sadhvi Pragya's remarks, Siddique said on Thursday that some of her statements were communal and obnoxious. She added that her remarks on former Maharashtra ATS chief Hemant Karkare, 26/11 attack martyr, had also hurt her badly.

She further announced that she has decided to not campaign for Sadhvi Pragya, who is contesting the Lok Sabha election from Bhopal, a BJP bastion since 1989. Sadhvi Pragya has been fielded by BJP against senior Congress leader Digvijaya Singh from the seat.

According to Siddique, Sadhvi Pragya has also tarnished the image of BJP leader and former Madhya Pradesh Chief Minister Shivraj Singh Chouhan, who according to her has good connect with Muslims. "I decided to enter politics because of former Madhya Pradesh Chief Minister Shivraj Singh Chouhan. The minorities in the state have a lot of expectations from him. However, this year, the BJP has decided to field a candidate from Bhopal who will not be able to win from here. I have already conveyed my opinion to the party leadership," she said today.

When asked if she will join the opposition Congress party, Siddique firmly said 'no'. "I have no plans to quit BJP nor I am planning to join any other political party," she said.

Siddique is a medical student and is fairly new in politics. Daughter of former state minister and Congress leader Rasool Ahmad Siddique, Fatima joined BJP in November 2018 and contested on the party ticket from the Bhopal North assembly constituency. However, despite a fairly good number of Muslim women coming out in support for her, she lost the seat to Congress candidate Arif Aqueel.

In 90s, Fatima's father Rasool Ahmad Siddique represented the Bhopal constituency not once but twice.