A fire broke out in the canteen at Gwalior railway station on Friday morning.

GWALIOR: A fire broke out in the canteen situated on Platform 1 of Gwalior railway station on Friday morning. The blaze is now under control now. No reports of casualties or injuries have emerged yet. 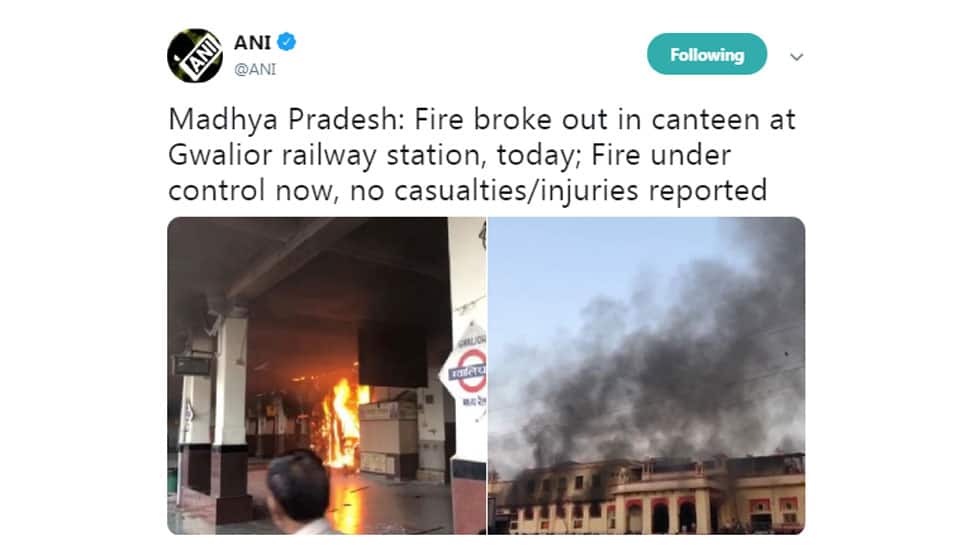 Several fire tenders were rushed to the spot.

"All material inside the canteen was gutted into the fire, however, no casualties occurred," officials told news agency ANI. "Prima facie short circuit was the cause of the fire," officials added.

An investigation in the matter is underway.