The matter came to light after an Indore Municipal Corporation (IMC) engineer filed a complaint alleging that two women were blackmailing him by threatening to make some objectionable videos viral. 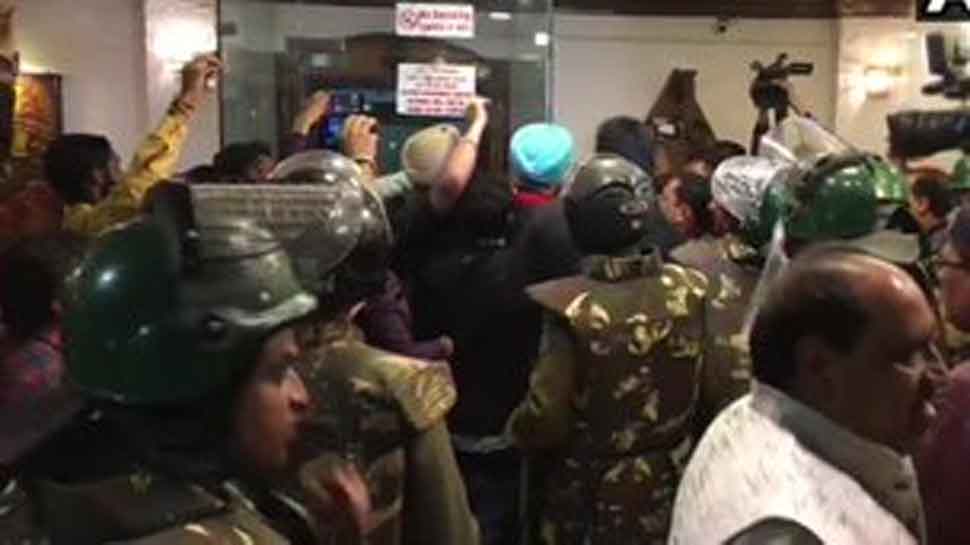 "Raids are being conducted at various locations including the residence of Jitendra Soni, owner of the newspaper, Sanjha Lokswami in Indore in connection with the honey trap case," the police told news agency ANI.

Soni had videos of leaders and officials along with the women who are currently lodged in jail in connection with the honey trap case, said police sources. The police conducted the raids at the orders of higher authorities but failed to recover anything. When reports of raids by police surfaced, several journalists of various media houses arrived at the spot and opposed the police action.

According to police sources, the raids were carried out in an attempt to recover video documents related to the case.

The matter came to light after an Indore Municipal Corporation (IMC) engineer filed a complaint alleging that two women were blackmailing him by threatening to make some objectionable videos viral. The engineer was later suspended from the service by the IMC.

The honey-trap scandal of Madhya Pradesh had rocked the state and snowballed into a political controversy. Considering the seriousness of the case, the state government also formed a SIT to investigate the matter.

Key conspirator in Vyapam case get 10 years in jail