The I-T department had roped in armed personnel of the Central Reserve Police Force to keep a vigil during the raids. 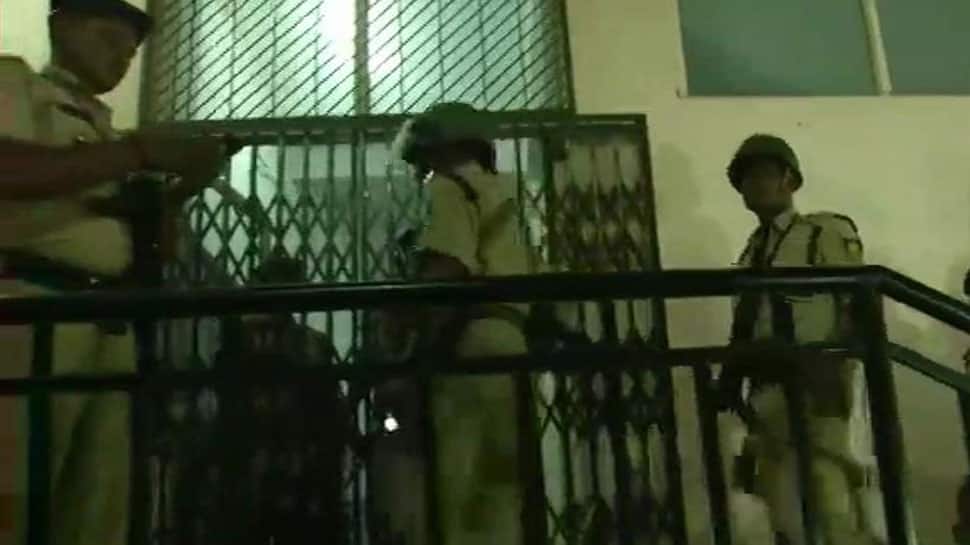 Bhopal: Madhya Pradesh police officials and CRPF personnel engaged in a heated exchange outside the residence of Ashwin Sharma, an alleged aide of Chief Minister Kamal Nath's former OSD Praveen Kakkad, whose house here was raided on Sunday in connection with a tax evasion probe.

The I-T department launched pre-dawn searches on at least 50 locations in Delhi and Madhya Pradesh (Indore and Bhopal) against people linked to Nath on charges of tax evasion.

The department had roped in armed personnel of the Central Reserve Police Force to keep a vigil during the raids.

In the evening, an angry exchange took place between officials of CRPF and MP Police outside Sharma's residence, at Platinum Plaza apartment in New Market area, which was raided by an Income Tax Department team.

The exchange lasted for more than 30 minutes and happened in front of camerapersons.

Sharma, a businessman, lives in the apartment where he also has an office.

According to police officials, residents of the apartment have complained that the CRPF personnel have restricted their movements and not allowing them to come out of the building.

On the other hand, a CRPF official said the argument ensued when a few police personnel tried to force their entry inside the premises.

Eyewitnesses said that a large number of police personnel reached the spot.

City Superintendent of Police Bhupendra Singh said a police team reached the spot after the residents of the building complained about the "restrictions".

He clarified that the police department has nothing to do with the raid at Sharma's home.

"The residents of the complex are facing problems and calling the local SHO (station house officer) to complain about restrictions (on movements). There are people who needed medical help. Entire complex was sealed," Singh told reporters, following the argument.

CRPF official Pradeep Kumar, who was leading the team, alleged that police officials were obstructing their work.

"Only those people whose places are being raided are inside the building. But the local police is not letting us work and abusing us. We are only doing our duty. We are directed by our seniors to not let anybody inside the building complex," he said.

Later, another CRPF official told reporters that the situation is under control.

Local police personnel, who had gathered at the spot in a large number, left soon after.

Later, an ambulance was seen outside the complex.

The searches are linked to the suspected movement of 'hawala' money during the ongoing poll season and tax evasion, I-T department officials said.

Asked about his connection to Nath and Kakkad, Sharma has told reporters, "I am a BJP man".

He also said the money found by the officials from his house belonged to him.

Kakkad, a former Madhya Pradesh police officer, was appointed an officer on special duty to Nath after the Congress-led government came to power in the state last year.

He served as OSD to former Union minister Kantilal Bhuria during the UPA government.

Bhuria is contesting the coming Lok Sabha poll from Ratlam-Jhabua seat in MP.

Kakkad's family is associated with a number of businesses, including hospitality.

Besides Kakkad, those whose locations were being searched included Nath's former adviser Rajendra Miglani and executives linked to his brother-in-law's firm Moser Baer and his nephew Ratul Puri's company, the officials said.