Dhaniram's father Mitthulal said that his son was upset due to unemployment. 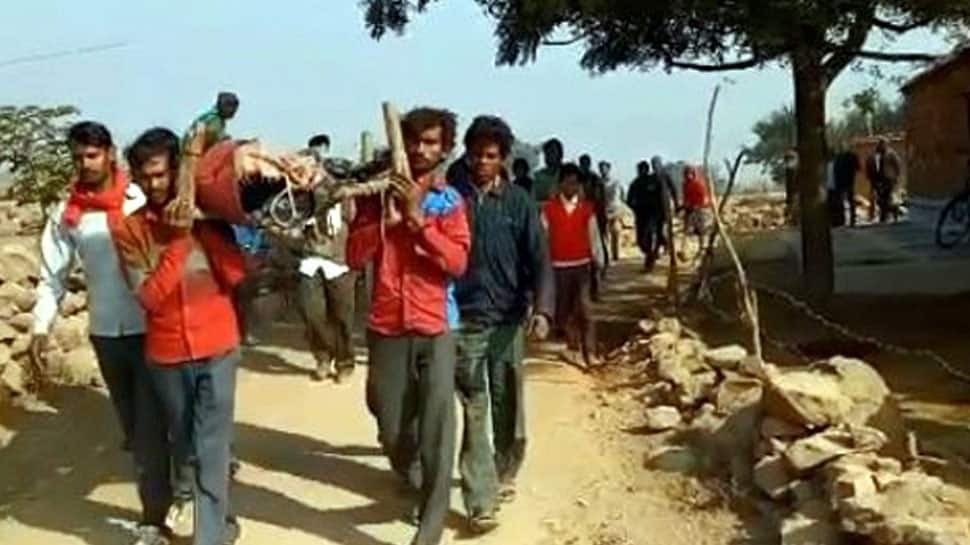 Tikamgarh: In yet another re-run of the infamous Dana Majhi incident from Odisha, members of a poor family had to carry the body of a farmer on a cot for up to two kilometers for post-mortem as the administration did not provide them with an ambulance.

According to ANI, Dhaniram Kushwaha, a poor man from the village Bargola in Tikamgarh district of Madhya Pradesh, had committed suicide due to frustration as he could not find a job.

Dhaniram's father Mitthulal said that his son was upset due to unemployment.

"Farms in the area have become barren due to the drought from last three years. My son was searching for a daily-wage work from last three days. When he did not succeed, he committed suicide," Mitthulal was quoted as saying by ANI.

As the news spread, the Prithvipur Police reached the spot. But, more shockingly, no vehicle or ambulance was provided to the bereaved poor family.

Left with no option, the poor villagers carried the body on a cot and walked up to two kilometers to get the post-mortem done at a hospital in Prithvipur.

Tikamgarh had already been declared a drought-hit area and MGNREGA (Mahatma Gandhi National Rural Employment Guarantee Act) Scheme is being implemented there, however, the ground reality could be understood from the fact that Dhaniram wandered for three days but could not find work.

Around 120 farmers have committed suicide in the Tikamgarh district alone in last three years.

Last year, Dana Majhi, a tribal man from Odisha’s Kalahandi district, was photographed carrying his wife’s body on his shoulders for nearly 10 km after the hospital refused to provide him an ambulance