The poster was put up by the BJP Bhind District Coordinator after Scindia extended his support to Centre for the abrogation of Article 370 which granted special powers to Jammu and Kashmir. 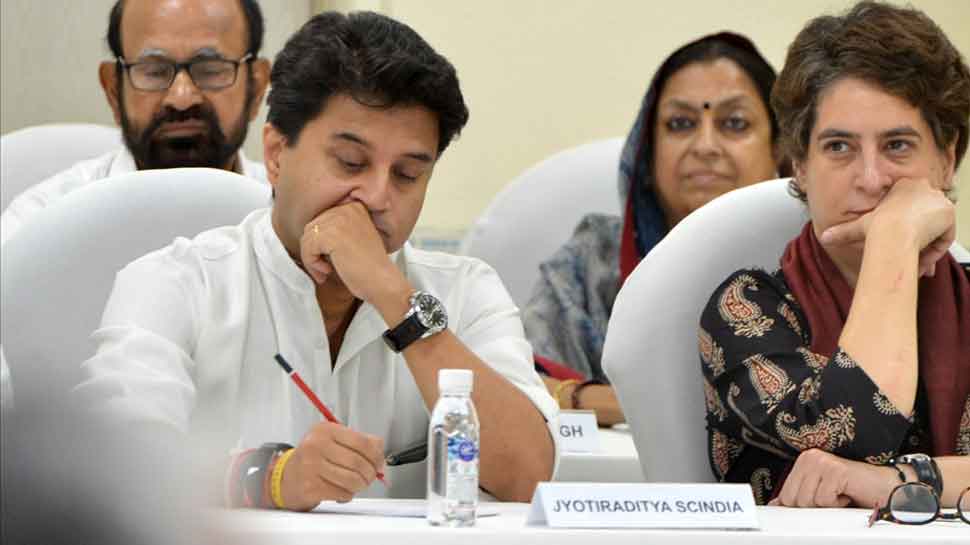 New Delhi: A poster carrying pictures of Prime Minister Narendra Modi and Home Minister Amit Shah with Congress leader Jyotiraditya Scindia has emerged in Madhya Pradesh's Bhind. In the poster Scindia is seen waving his hand next to pictures of PM Modi and Shah.

The poster was put up by the BJP Bhind District Coordinator after Scindia extended his support to Centre for the abrogation of Article 370 which granted special powers to Jammu and Kashmir. The poster lauds Scindia for supporting the Centre's move of the repealing of Article 370 and greets the Congress leader saying 'welcome and congratulations', fuelling speculations that the BJP might be cosying up to him.

Madhya Pradesh: Poster of Congress leader Jyotiraditya Scindia along with Prime Minister Narendra Modi and Home Minister Amit Shah, put up in Bhind. The poster was put up by BJP Bhind District Coordinator after Scindia's support for abrogation of Article370. pic.twitter.com/gyr2cjjpgY

Meanwhile, Congress Madhya Pradesh in-charge Shobha Oza refuted rumours of 'any closeness' between Scindia and BJP saying 'some anti-social elements may have put up the poster'. As far as Jyotiraditya Scindia is concerned, he is still an integral part of Congress," Oza told ANI.

Earlier In July, posters had emerged outside the Congress' party office in Bhopal that appealed to Rahul Gandhi to appoint Scindia as the next party president.  The appeal was made on the behalf of all Madhya Pradesh Congress Committee workers. The banners came after Scindia resigned from the post of Congress' general secretary for West Uttar Pradesh after the party put up a poor show in this year's Lok Sabha elections.

On October 9, Scindia was asked to comment on Salman Khursid's remarks, who had expressed his concerns over the grand-old party's future. Though, Scindia refused to answer, he said 'the party needs to self-introspection'.