At least 11 persons died after a boat capsized during Ganpati Visarjan at Bhopal’s Khatlapura Ghat on Friday morning. 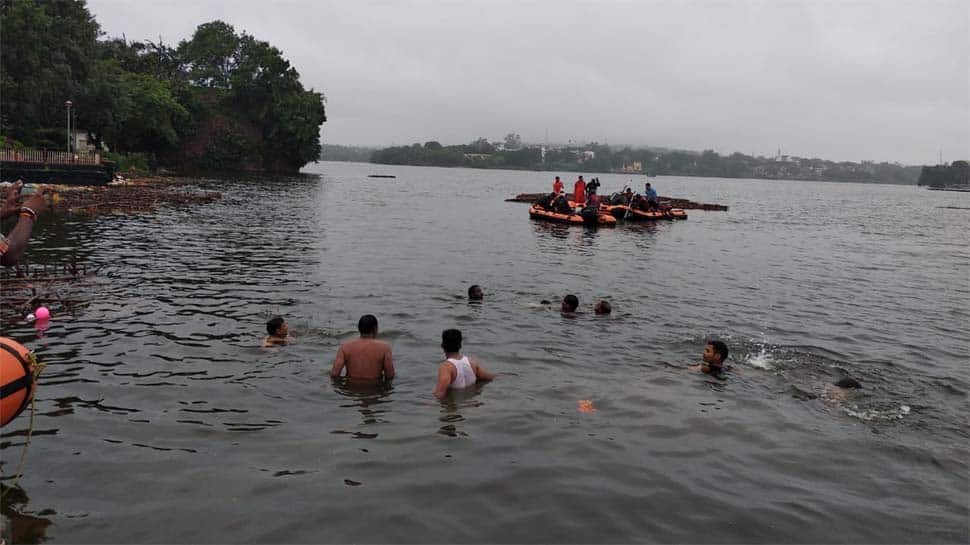 BHOPAL: At least 11 persons died after a boat capsized during Ganpati Visarjan at Bhopal’s Khatlapura Ghat on Friday morning.

Police along with the State Disaster Emergency Response Force (SDERF) personnel and a team of divers are currently engaged in the rescue operations.

"Five people have been rescued out of 16 and we have recovered 11 bodies till now. A search operation is underway and we are trying to rescue other people as well. According to the locals, only these many people had drowned here, but we are still searching in case we find some other people," Additional Superintendent of Police (ASP) Akhil Patel told news agency ANI.

"This incident occurred at around 4:30 in the morning. At least 40 police personnel are present at the spot along with other authorities and professional swimmers. State Disaster Response Fund (SDRF) team is also present at the spot," he added.

Madhya Pradesh Chief Minister Kamal Nath has directed a magisterial inquiry into the incident. "A compensation of Rs 4 lakhs will be given to families of deceased. Strict action will be taken against those found responsible for the incident," he said.

On Thursday night, four persons -- two men and two women - drowned while taking a bath in River Yamuna at Bakhtapur in the national capital's Alipur region. The deceased had stepped out with a group of 20 from Paschim Vihar to take a dip in Yamuna river following Ganesh Visarjan ceremony.

On September 10, Six children - four girls and two boys - drowned in a pond near a village in Karnataka`s Kolar Gold Fields (KGF) town on Tuesday while immersing idols of Lord Ganesh, police said.