Congress' NP Prajapati was elected as speaker of the Madhya Pradesh Assembly on Tuesday. 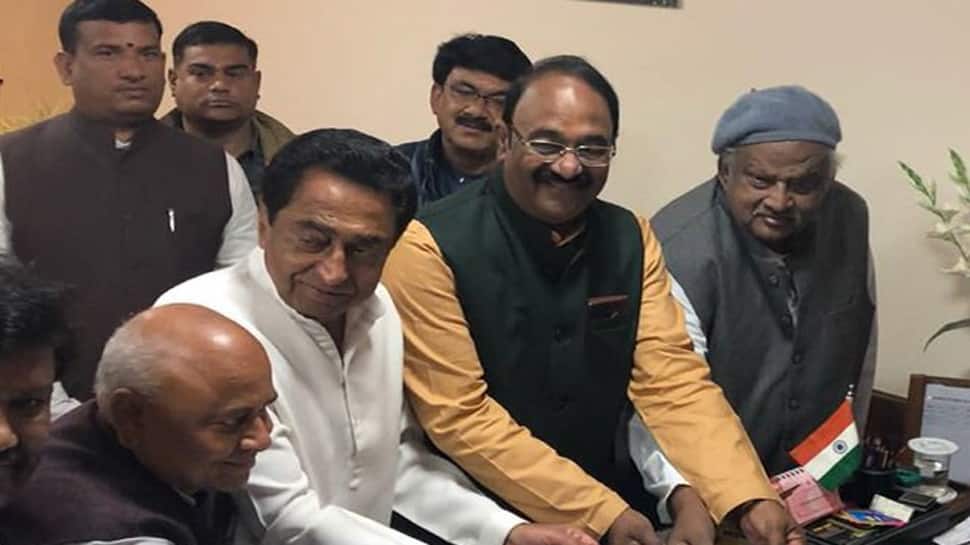 Bhopal: The BJP Legislative Party said on Wednesday that it would consult legal experts on the issue of Speaker's election, as the pro-tem Speaker did not allow it to propose the name of its nominee.

Congress' NP Prajapati was elected as speaker of the Madhya Pradesh Assembly on Tuesday.

The election took place in the absence of BJP MLAs who walked out in protest after pro-tem speaker Deepak Saxena refused to allow the opposition party to propose the name of its nominee, Vijay Shah.

"We will talk to legal experts. We will also take a certified copy of the state Assembly proceedings. Media's cameras were also present in the press gallery, we will also get their recordings," said Leader of Opposition Gopal Bhargava.

It was the ruling party's responsibility to run the house in an amiable atmosphere, but the Congress government adopted a stubborn attitude on the very first day, Bhargava alleged.

"Pro-tem speaker should have allowed voting between both of them (Congress and BJP nominees)," he said.

He alleged that the Congress did not allow voting for Speaker's post as it was afraid of losing the floor test.