Swami Vairagyanand, who was associated with Panchayati Niranjani Akhara, created a flutter when he conducted a unique 'havan' of 5 kg of red chilli every day for a week to ensure the victory of Digvijaya 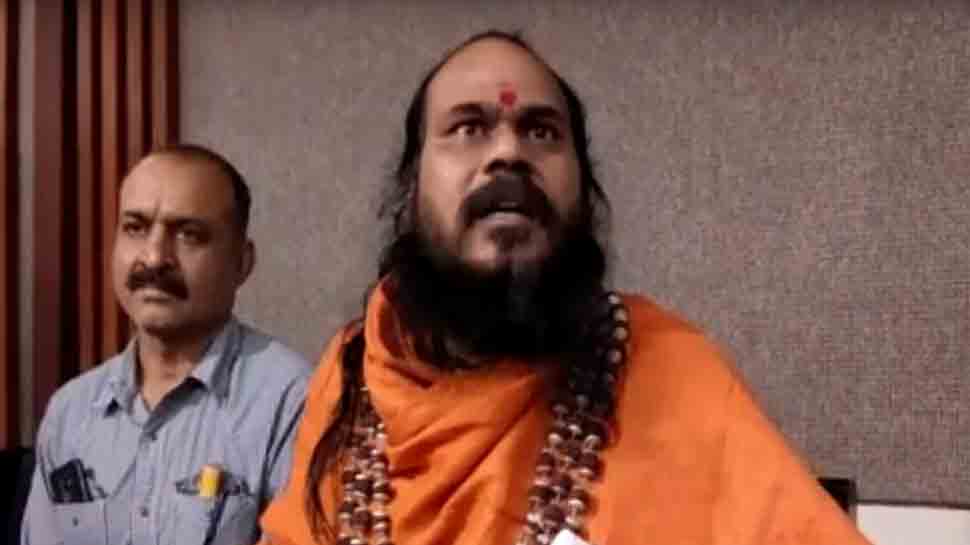 New Delhi: Mahamandaleshwar Swami Vairagyanand has been sacked by Niranjani Akhara for organising a 'yajna' and 'anusthan' for Bhopal Congress candidate Digvijaya Singh when he was campaigning for the Lok Sabha election.

Swami Vairagyanand, who was associated with Panchayati Niranjani Akhara, created a flutter when he conducted a unique 'havan' of 5 kg of red chilli every day for a week to ensure the victory of Digvijaya from Bhopal Lok Sabha seat. Confident of Digvijaya's victory in the Lok Sabha election, the sheer had said that he would take a live 'samadhi' if Singh loses the poll.

Digvijaya, who contested the Lok Sabha election from Bhopal against Sadhvi Pragya, suffered a huge defeat at the hands of his BJP rival. The former Madhya Pradesh Chief Minister received 5,00,518 votes against Thakur who got 8,62,950 votes in Bhopal, considered a stronghold of the BJP.

Accepting his defeat, he said, "I accept the verdict of the people of Bhopal."

Thakur had also stated the former Mumbai ATS chief Hemant Karkare, who was killed in the terror attack in Mumbai in 2008, died due to her 'curse'. She was served a notice from the Election Commission for her remarks on Karkare.