Sharad Pawar-led NCP and Congress have shifted their lawmakers to safe locations to protect them from poaching and horse-trading. 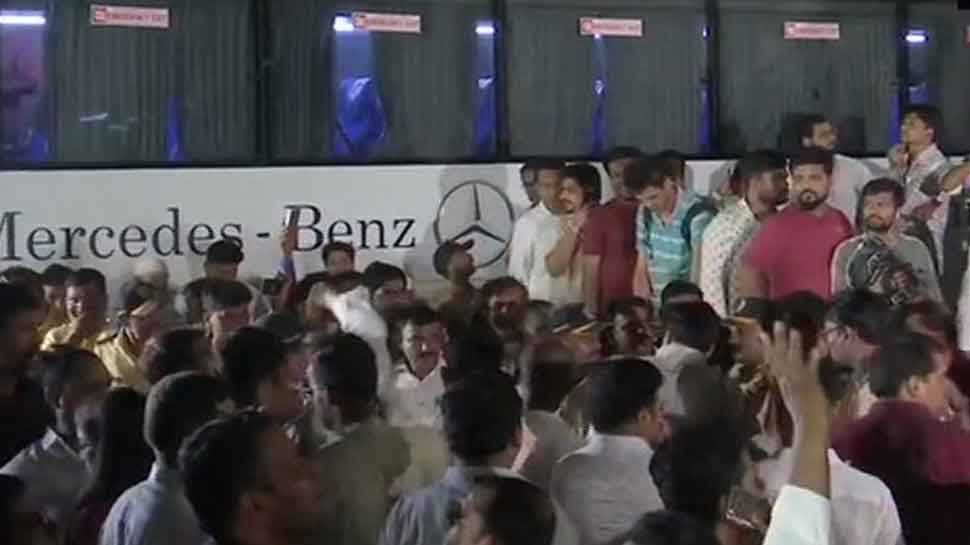 MUMBAI: As political wrangling over government formation by BJP in Maharashtra continues, Sharad Pawar-led NCP and Congress have shifted their lawmakers to safe locations to protect them from poaching and horse-trading.

According to reports, the Congress party has moved its MLAs to Jaipur while the NCP has shifted its lawmakers to a hotel in Mumbai.

The two parties took the move after they were caught off-guard by NCP leader Ajit Pawar’s surprise move to join hands with the BJP on Saturday.

BJP's Devendra Fadnavis took oath as the state's Chief Minister and Ajit as his deputy in a highly dramatic move early on Saturday.

"We may be shifted to Jaipur on Sunday. We will stay there until the special session of the state Legislative Assembly is convened for newly-elected MLAs to take the oath, the election of Speaker and trust vote," Congress MLA Nana Patole told reporters on Saturday night.

The Sharad Pawar's party MLAs have been shifted to the Renaissance Hotel in Mumbai.

Meanwhile, the Supreme Court will on Sunday hear the urgent petition moved by Congress, Shiv Sena and the Nationalist Congress Party challenging the Maharashtra Governor Bhagat Singh Koshyari's move regarding government formation in the state.

According to reports, the apex court is expected to take up the case for hearing around 11:30 am.

The three parties had on Saturday moved the SC seeking an urgent hearing on their plea against the "arbitrary and malafide actions/decisions" of Maharashtra Governor inviting Devendra Fadnavis to form the government on November 23.

Maharashtra has been witnessing a political drama ever since the BJP, which emerged as the single largest party by winning 105 seats, rejected the request of its pre-poll alliance partner Shiv Sena for a rotational chief minister.

The Shiv Sena won 56 seats in the October 21 assembly elections, NCP 54 and Congress 44.

After none of the major parties failed to stake claim to form the government, President's Rule was imposed in the state.