The Shiv Sena, which was one of the oldest allies of the BJP, had forged an unlikely alliance with the NCP and the Congress after the 2019 state polls to form the MVA government, after parting ways with the BJP over the issue of sharing the chief minister's post. 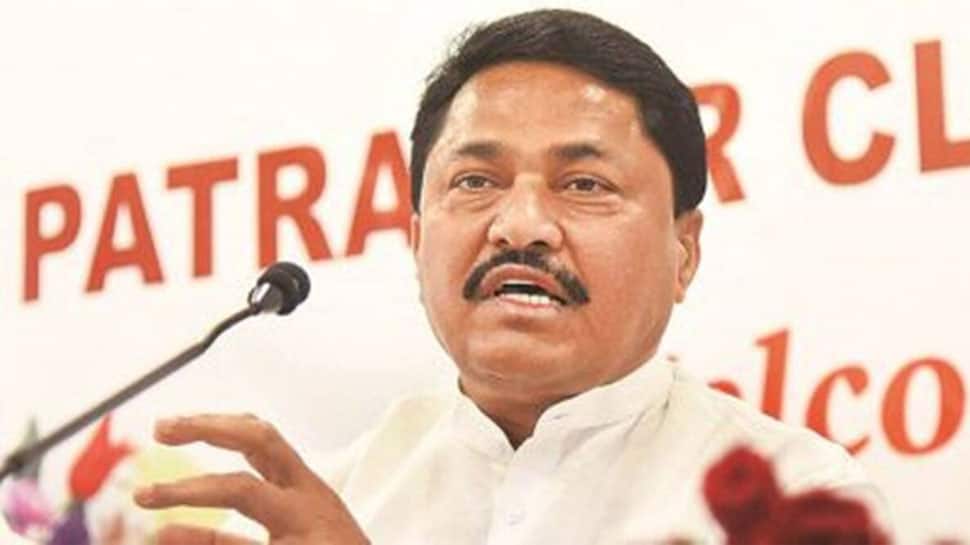 MUMBAI: In yet another sign of widening cracks in the Maha Vikas Aghadi (MVA) coalition government in Maharashtra, state Congress chief Nana Patole on Monday said that his party will contest the upcoming assembly elections alone.

Asserting that Congress would be the biggest party in 2024 in the state, Patole said that no amount of sidelining will make Congress go. Patole even said that he is ready to be the chief ministerial face of the party if the Congress top brass decides so.

While speaking in Amravati, Patole said, "I am the Congress chief of state. So, I will give the point of view of my party. I don't know what he (Sharad Pawar) said but Congress has made it very clear that we will be going solo in all local body elections and assembly polls. Don't you want to see Nana Patole made CM?"

Congress will contest the Maharashtra Assembly Elections alone. I am ready to be the CM face if the high command decides: Maharashtra Congress chief Nana Patole

Apparently upset with Sharad Pawar's recent praise for Shiv Sena, he said, "Congress is the original party. We don't need anybody's certificate. Even if somebody (Pawar) is sidelining us, that doesn't mean Congress will be sidelined. Congress will only remain the top party in Maharashtra by 2024."

It may be noted that Shiv Sena leader Sanjay Raut had on Sunday said that in Maharashtra's three-party Maha Vikas Aghadi (MVA) government, the post of chief minister will remain with the Shiv Sena for the full five-year term, and it is "non-negotiable".

The Shiv Sena, which was one of the oldest allies of the BJP, had forged an unlikely alliance with the NCP and the Congress after the 2019 state polls to form the MVA government, after parting ways with the BJP over the issue of sharing the chief minister's post.

Talking to reporters in Nashik, Raut said, "Shiv Sena's chief minister in MVA will continue for five years. It is a commitment and there is no sharing of the post. It is non-negotiable."

Reacting to state Congress president Nana Patole's remarks that the Congress will be the largest party in the state after the 2024 assembly polls, Raut said there is a viral video on social media, in which it is said that Patole aspires to be a chief minister.

“There is no harm in aspiring for a post. There are several claimants in all parties. In the Congress, there are several leaders capable even of leading the country," he said. Raut said the MVA is an alliance of three ideologically different parties.

"We have come together to run a government and now merged into one political outfit. All three have the right to expand their base and strengthen the organisation," he said. To a question on poll strategist Prashant Kishor's recent meeting with NCP chief Sharad Pawar, the Sena's Rajya Sabha member said Kishor has met several political leaders before and has worked even for Narendra Modi.

“If all opposition parties come together to put up a good fight against Narendra Modi in 2024, what's wrong in that,” he said. To a question on BJP leader Devendra Fadnavis remarks that Narendra Modi will be re-elected in 2024, Raut responded saying, “When did we say that it will not happen. Fadnavis is just putting forth his party's stand."

PM Modi is the top leader of the BJP. If all opposition parties come together to put up a formidable fight against PM Modi, what's wrong, he asked.

Meanwhile, the NCP too claimed on Sunday said that all three Maha Vikas Aghadi (MVA) partners are united in running the coalition government in Maharashtra, but no decision has been taken so far on alliance for the 2024 Assembly and Lok Sabha elections.

NCP spokesperson and Maharashtra minister Nawab Malik made the remark a day after state Congress president Nana Patole said that the Congress will emerge as the single-largest party in the next state polls.

The MVA government in the state that was formed after the 2019 Assembly polls, is led by the Shiv Sena, in which the NCP and the Congress are its partners.