The IMD has said Mumbai will continue to receive heavy to very heavy showers for most parts of Wednesday (July 3). 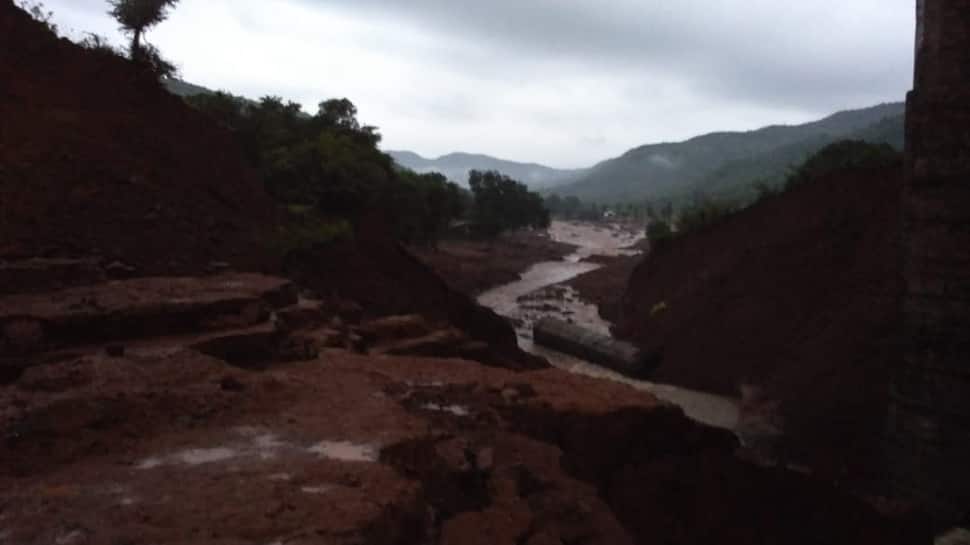 A respite from heavy showers may not be in the offing over Mumbai's grey skyline with IMD predicting wet conditions to prevail for most parts of Wednesday. The city has had to bear the brunt of monsoon rains with waterlogging reported at many areas.

While monsoon made a late entry into the city and the state of Maharashtra, it has more than made up for its delay. The financial capital of the country has received massive showers over the past several days which forced the state government to declare a public holiday on Tuesday. Owing to this, Tuesday fared better than Monday in terms of road congestion but rail and air traffic remained severely affected in the city.

Waterlogging has once again emerged as the biggest concern for locals in Mumbai with many vehicles in various parts of the city partially or completely submerged in stagnant water. BMC has come under fire for claiming to have cleaned drains and repaired pipes even though such claims have been woefully exposed yet again.

More rain on Wednesday could potentially plunge Mumbai into further chaos. Here are the live and latest updates from across the city and its suburbs:

News agency ANI quoted Maharashtra CMO sources as saying that CM Devendra Fadnavis spoke to Ratnagiri Collector and other officials and took stock of the situation in connection with the Tiware dam incident. The CM expressed grief over the loss of lives and has ordered an inquiry into the mishap. A special investigation team will be constituted to probe the matter. The CM has also asked minister Girish Mahajan to visit the site.

A woman gave birth to a boy on the Dombivli station when she was stuck in the massive crowd. She was going to Mumbai CST from Khadwali where she had to be admitted to Cama Hospital for delivery. However, while she was waiting for the train at platform number three, she experienced severe stomach pain. She informed the women nearby and with the help of CRPF women she was given immediate help. She gave birth to a boy at the platform. Both the mother and the child are in good health and have been admitted to a nearby hospital.

Not just humans but animals too are facing the brunt of rain and waterlogging in Mumbai. A cow got stuck in a gutter in Kandivali West area around 6:30 am on Wednesday. It was later rescued by fire brigade team.

Mumbai: A cow got stuck in a gutter in Kandivali West area around 6:30 am today; was later rescued by fire brigade team. #Maharashtra pic.twitter.com/q5LG1pupax

The Central Railway has arranged for extra trains from Dombivli, Thane to clear the massive rush of commuters. The PRO said that special trains are also operation for the convenience of the passengers.

The next high tide of 4.69 m height is expected to hit Mumbai at 12.35 pm. With the situation improving in the city, schools, colleges and offices have reopened

Mumbai is bretahing a sigh of relief as the intensity of rain in the city has decreased. The coty is returning to normalcy with local trains being run on time and traffic also getting back on track.

At least 6 dead bodies have been recovered by civil administration and locals so far after the Tiware dam in Maharashtra's Ratnagiri was breached late on Tuesday night following a heavy downpour. Approximately 20 people are still missing.

The death toll in the Malad wall collapse has gone up to 23.

Howrah Mumbai Mail Via Dhanbad Gaya which was scheduled to leave Howrah on Wednesday at 21-55 hrs has been cancelled due to abnormal late running of the corresponding down train owing to bad weather.

Western Railway suburban services are running without disruption. AC local will run today as per its schedule: WR

The Met department has predicted intermittent rain/showers in most parts of the city today with heavy downpour likely in a few places as well.

Shiv Sena has lashed out against all criticisms against it. In its mouthpiece - Saamana, the party has said that rivals are allergic to it and it has become fashion to target Sena for everything. Read full report here.

There have been a number of tragedies in which walls have collapsed in the past several days. Two incidents were reported in Pune while one took place in Mumbai's Malad yesterday.

Several busy roads in Mumbai had been submerged under rainwater on Monday but had been cleared a day later. More rainfall on Wednesday could once again slam the brakes on road traffic movement.

Mumbai's quota of rainfall in the month of July has been completed in just two days.

It has been pouring heavily in many parts of the city for most parts of the night. Showers are unlikely to abate in the morning hours.