The Congress has been protesting against the manner in which Devendra Fadnavis took oath as Maharashtra Chief Minister and Ajit Pawar, nephew of NCP supremo Sharad Pawar as his deputy on Saturday morning. 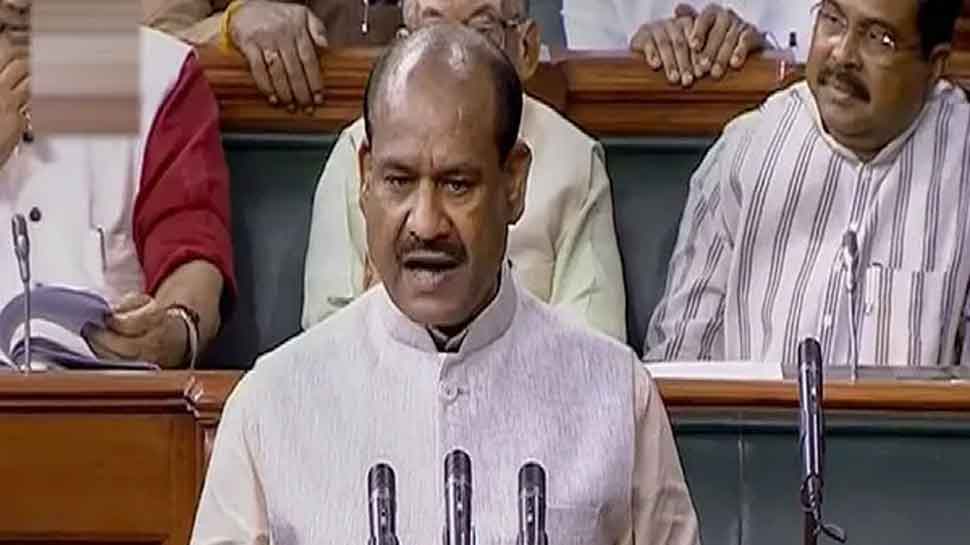 New Delhi: The Lok Sabha was on Monday was adjourned till 2 p.m. for the second time, soon after the House met following a brief clash between two Congress MPs and the marshals during Question Hour as well as a protest led by Congress over Maharashtra developments.

Speaker Om Birla adjourned the House till 2 p.m. soon after it met for the second time at 12 noon.

However, the two MPS were joined by other Congress members in resisting their eviction from the House and were seen jostling with marshals, prompting the Speaker to adjourn the House till 2 p.m.

When the House met and Question Hour began, the Congress members trooped near Speaker`s podium.

Even former Congress chief Rahul Gandhi was denied to raise question when Birla called his name to speak during the Question Hour. Rahul Gandhi said, "I had come here to ask a question. But I would not ask as democracy has been murdered in Maharashtra."

The Nationalist Congress Party (NCP), however, was missing from the Lok Sabha while the National Conference joined Congress protest in the House.

The Congress has been protesting against the manner in which Devendra Fadnavis took oath as Maharashtra Chief Minister and Ajit Pawar, nephew of NCP supremo Sharad Pawar as his deputy on Saturday morning.

The Congress had earlier said it will stall proceedings in both the Lok Sabha and the Rajya Sabha over the manner in which Fadnavis was sworn in as Maharashtra Chief Minister in an early morning ceremony on Saturday.