Before filing his nomination, Fadnavis along with his wife Amruta sought blessings of Gadkari and his spouse Kanchan, early this morning. He also held a grand roadshow followed by party cadres and his supporters. 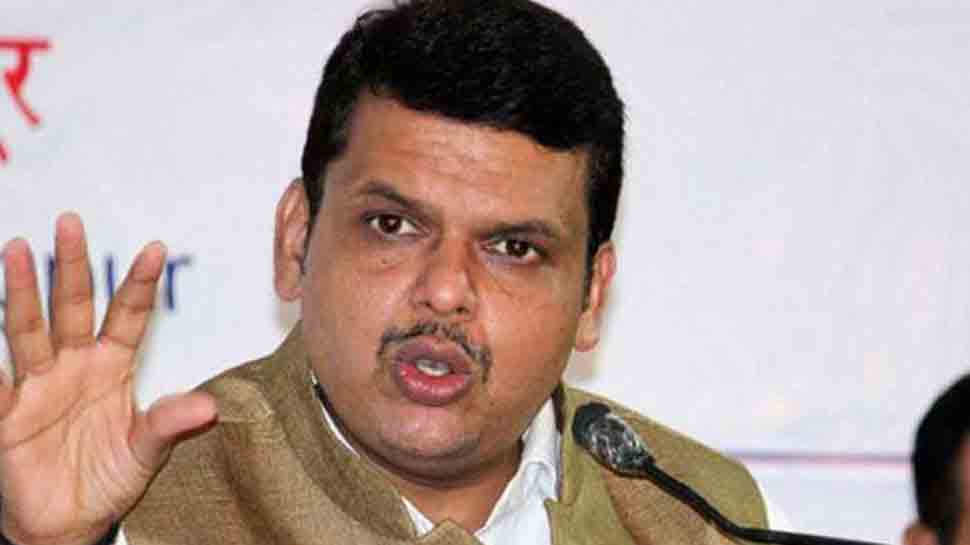 Nagpur: Maharashtra Chief Minister Devendra Fadnavis filed his nomination from Nagpur South West on Friday. He was accompanied with Union Minister Nitin Gadkari and Maharashtra minister and state BJP chief Chandrakant Patil. Before filing his nomination, Fadnavis along with his wife Amruta sought blessings of Gadkari and his spouse Kanchan, early this morning. He also held a grand roadshow followed by party cadres and his supporters.

"We (BJP) are blessed by the people of Maharashtra and Nagpur. I believe the development that has taken place in the past is initiated by the BJP. We have done a great job in the state under the leadership of Prime Minister Narendra Modi. Thus, our grand alliance will definitely win the elections with a great margin," Fadnavis told media persons. He also claimed that BJP will emerge victorious on all 12 seats in the Nagpur district.

Fadnavis is 18th and incumbent Chief Minister of Maharashtra. He represents the Nagpur South West constituency in Maharashtra Legislative Assembly and is the second Chief Minister after Vasantrao Naik to have completed his full tenure in the Chief Minister's office. He will contest against former BJP legislator and Congress leader Ashish Deshmukh.

Deshmukh, a strong supporter of the demand for a separate state of Vidarbha, had last year resigned from the state assembly and the BJP. The voting will take place in Maharashtra on October 21 and the counting of votes is scheduled on October 24.