A host of poll symbols that may seem bizarre or wacky and weird have been allotted by the ECI to politicial parties or independent candidates this time. 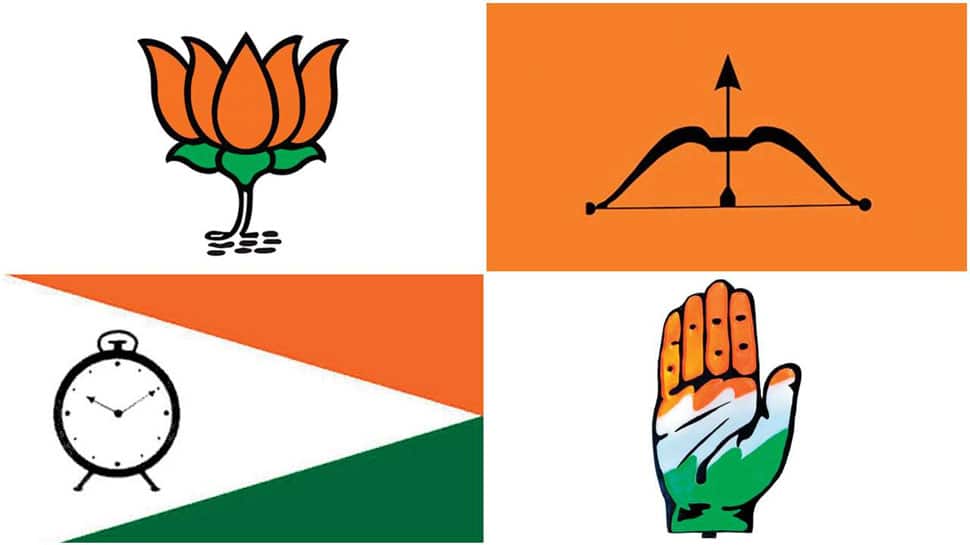 Mumbai: As polling day nears edgy political parties and nervous candidates pin hopes on their poll symbols which the voters may recall and help clinch the EVM count in their favour.

Barring the few major mainstream parties -- whose election symbols are known nationally -- other smaller or local parties and independents struggle with the symbols given to them by the Election Commission of India (ECI) for the battle.

However, there are a host of other symbols that may seem bizarre or wacky and weird which have been allotted by the ECI this time that may embarrass some candidates and put off the potential voters.

The symbols reflect the sheer imagination of the invisible army of back-office players whose 'symbolic' creations encompass every possible stuff from the comforts of the hearth to the fields, sailing in the ocean and soaring in the skies, indirectly hinting at the signs of progress and prosperity in the country.

Fortunately, this time -- as in the previous Lok Sabha elections -- no animals have been given out as poll symbols to discourage any form of cruelty or exploitation, as per the ECI's orders.

Delving into the kitchen, the ECI has picked up 'Scissors', 'Gas Stove', 'Gas Cylinder', 'Matchbox', 'Pot', 'Pan', 'Kettle', 'Cup & Saucer', 'Glass Tumbler', 'Bucket', 'Tongs' and 'Water Tank'. In the past there was this non-ecofriendly "mashaal", but now this has been replaced with the 'Battery Torch'.

The farming community is represented by a land 'Tiller', 'Sugarcane farmer', 'Truck', 'Winnower', 'Farmer driving a Tractor', 'A Lady Farmer carrying Paddy on her Head' and 'Coconut Farm'.

Not to leave out the labour class, the ECI has picked up symbols from here also -- 'Drill Machine', 'Plastering Trowel', 'Wheel Barrow', 'Spanner', 'Saw', 'Cutting Pliers' and 'Chakki'.

For the musically inclined, the collection of symbols comprises `Mike`, `Violin`, `Flute`, `Harmonium`, `Trumpet` and `Whistle`.

Many candidates who have been handed out such symbols to choose from have bitterly complained that it is difficult for them to popularise these symbols in such a short span of 40-day campaign time.

However, an EC official explained that they have limitations on the number of symbols available in their bank, and hence, the same symbols are allotted to multiple candidates in different constituencies and for different elections to prevent voter confusion.