Take a look at some of the key candidates who will contest the Maharashtra election this year. 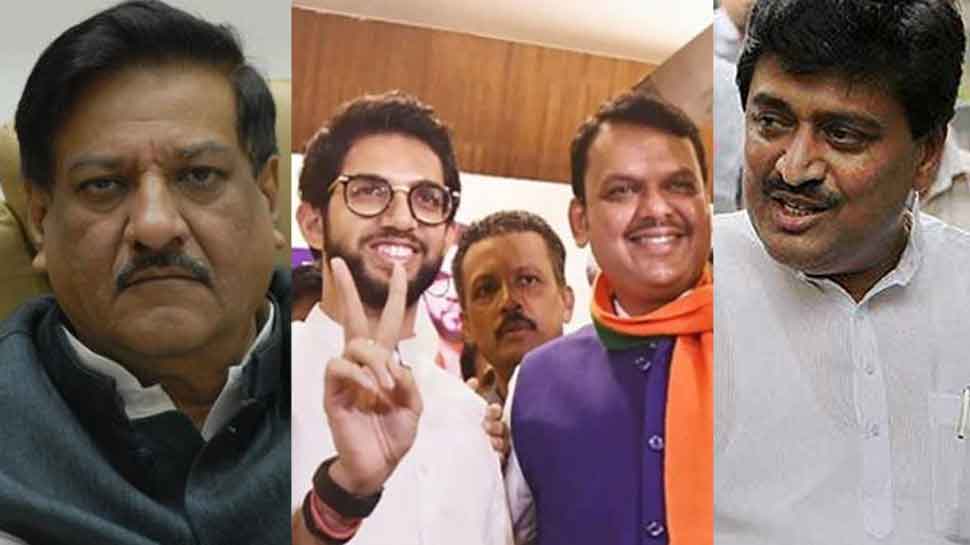 New Delhi: Maharashtra is set to elect a fresh legislative assembly on October 21. The election will be held in a single phase for 288 of 289 assembly seats. One seat is reserved for a nominated member. This year, BJP-Shiv Sena and Congress-NCP have formed an alliance to contest the election.

The Election Commission had received 5,543 applications for all the 288 segments in Maharashtra after which 3,239 nominees are left in the race after withdrawals and rejection of 800 applications due to technical errors.

Here, we take a look at some of the key candidates who will contest the Maharashtra election:

One of the most prominent candidates in the poll arena is Chief Minister Devendra Fadnavis, who led the BJP campaign in the state. He is squaring off from his home turf Nagpur South-West against Congress' Ashish Deshmukh.

Maharashtra BJP president Chandrakant Patil is contesting his maiden assembly poll from Kothrud in Pune, vying against Maharashtra Navnirman Sena (MNS) candidate Kishor Shinde, who is being supported by NCP and Congress.

The Worli seat in Mumbai is also grabbing all eyeballs as Aaditya Thackeray, grandson of Shiv Sena founder Bal Thackeray, is making his electoral debut, contesting against his main NCP rival Suresh Mane.

NCP leader and former state deputy chief minister Ajit Pawar is seeking a re-election from Baramati. Pawar, who recently resigned from his post as Baramati MLA after his uncle and NCP chief Sharad Pawar's name was embroiled in the alleged MSC bank scam case.

Congress leader and former Maharashtra Chief Minister Prithviraj Chavan is contesting from Karad south constituency. Intially, his name was missing from Congress' first list as party wanted him to contest from Satara assembly bypoll. However, Chavan declines the offer and told the party that he instead wanted to concentrate on state assmebly election. He has won the seat of Karad thrice, in 1991, 1996 and 1998 but lost in 1999. In 2014, he contested and won from the seat again.

Congress leader and former Maharashtra Chief Minister Ashok Chavan has been fielded from Bhokar assembly constituency against BJP's Bapusaheb Gorthekar. In 2010, Congress asked him to resign from office over corruption allegations relating to Adarsh Housing Society scam. In the 2014 general elections, despite the allegations and anti-incumbency wave, he won the Nanded Lok Sabha election with a comfortable margin. However, in 2019, he lost the seat to BJP's Pratap Patil Chikhalikar.

BJP leader and a minister in Devendra Fadnavis-led state Cabinet Pankaja Munde is contesting the state assembly election from Parli, a seat she has been representing since 2009. In 2014, she was inducted in Devendra Fadnavis' Cabinet as Women and Children Welfare minister. In 2015, she was accused in 206 crore Chikki scam by the Congress. However, she was given a clean chit by the Anti Corruption Bureau (ACB). She has been pitted against her cousin and Congress leader Dhananjay Munde in Parli.