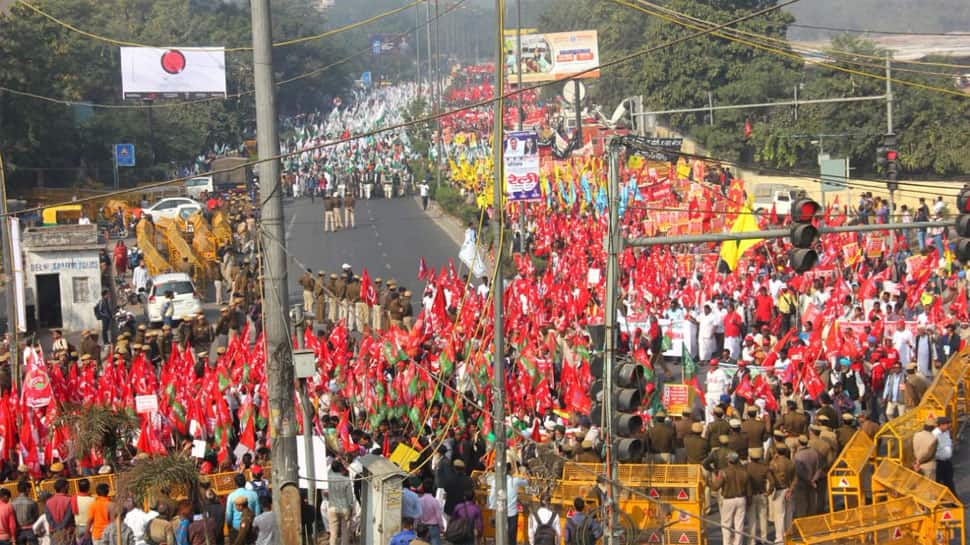 MUMBAI: About 50,000 farmers from 23 districts will take out a week-long march in Maharashtra from Wednesday, February 20. The march will begin from Nashik at 4 pm and culminate in Mumbai on February 27.

The march, led by the All India Kisan Sabha (AIKS), will press for demands like farm loan waiver, minimum support price, irrigation facilities and provision of pension to farmers.

Accusing the Centre and Maharastra government of betraying the farmers, the AIKS said, “A year has passed but the state government has not fulfilled promises. Hence, the long march would be taken out against the betrayal of farmers by BJP-led state and central governments.”

In March 2018, over 35,000 farmers led by the All India Kisan Sabha (AIKS), walked to Mumbai from Nashik to press their demands for complete loan waiver and transfer of tribal land to farmers who have been cultivating it for years. The state government was then forced to give in-principle acceptance to several of their demands.

The AIKS also said it was opposed to the multi-billion dollar Mumbai-Ahmedabad bullet train project which has seen several farmers along the proposed route approach court against land acquisition.

The Naba Nirman Krushak Sangathan (NNKS), Odisha's leading farmers' outfit, has also called for a 12-hour Odisha bandh on February 21. The farmers are demanding proper minimum support rice on paddy, pension and prestige for the farmers.