On Thursday, at least six people died and almost 34 were left injured after a deck of the bridge outside CSMT station collapsed. 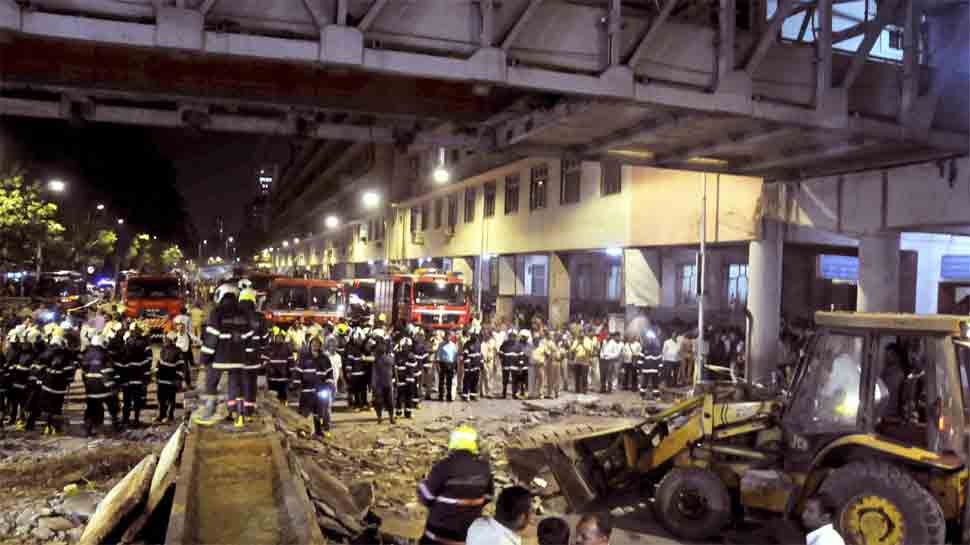 New Delhi: The foot over-bridge near the Chhatrapati Shivaji Maharaj Terminus, which collapsed on Thursday night, leading to the death of six people, will be demolished on Friday. The decision to dismantle the bridge was taken by Brihanmumbai Municipal Corporation (BMC) today. The bridge will be demolished using cranes and gas-cutters.

On Thursday, at least six people died and almost 34 were left injured after a deck of the bridge outside CSMT station collapsed. Following the incident, a case was registered against the BMC and officials of Central Railway.

In a meeting chaired by BMC commissioner Ajoy Mehta, it was decided that the civic body's Chief Engineer (Vigilance) would conduct an enquiry into what led to the incident. Ward Officer Kiran Dighawkar was quoted by PTI that the work on dismantling the bridge had begun and that cranes and gas-cutters had been assembled for the work.

Earlier in the day, a BMC official had said the bridge was found to be structurally safe when it was audited in August 2016. The same year, at least 354 bridges were checked for their structural soundness after a British-era bridge over Savitri River got washed away in monsoon downpour in Mahad in Raigad district.

"The foot over-bridge that collapsed on Thursday was marked C2B which meant it needed minor repairs only. Tenders were floated for the repair but it got held up," the official was quoted as saying by PTI. Another official told the news agency that BMC's Chief Engineer (Vigilance) officials have been asked to submit a preliminary report within 24 hours identifying staff responsible behind the tragedy and the role of those who carried out an audit of the structure in 2016.

Additional Municipal Commissioner of the BMC, Vijay Singhal had said on Thursday that action will be taken against the firm that conducted the structural audit of the bridge in 2016.