It may be noted that the NCP supremo had recently said that he would like to see the 'skills' of BJP president Amit Shah in forming the government in Maharashtra. 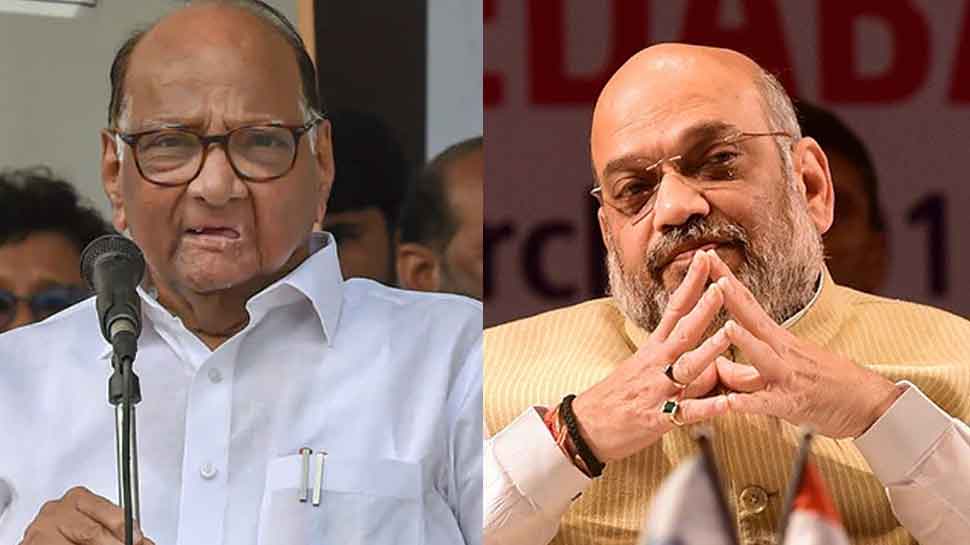 MUMBAI: With things moving as per plans regarding government formation in Maharashtra, the Nationalist Congress Party (NCP) on Friday took a dig at Union Home Minister and BJP chief Amit Shah, saying its president Sharad Pawar has finally defeated the so-called Chanakya of Indian politics.

Senior NCP leader Nawab Malik took to Twitter and mocked Shah, saying that his party president had trounced the BJP politician in the race to form government in Maharashtra and Delhi could not topple Maharashtra.

It may be noted that the NCP supremo had recently said that he would like to see the 'skills' of BJP president Amit Shah in forming the government in Maharashtra.

His comment came after Shiv Sena parted ways with BJP over bitter differences over power-sharing in Maharashtra despite the two NDA allies winning a comfortable number of seats in the recently concluded assembly elections.

While addressing a press conference in Mumbai earlier this month, Pawar had said that the BJP and the ShivSena have received a mandate and they should form the government.

Putting to rest all the speculations of him allying with Shiv Sena, the senior leader had then said, ''We have got the mandate to sit in opposition. I have been Chief Minister four times. It has no desire anymore.''

However, in the recent past, Shiv Sena, NCP and Congress had reached an agreement on forming a coalition government in Maharashtra and have been holding hectic negotiations over power-sharing, portfolio allocation and the agenda of the new government.

Though details are not available, it has been reported that Pawar briefed them on all the political development in New Delhi in the past five days, the power-sharing formula, the post of CM, Dy. CM, ministries, etc, among the three prospective partners - Sena-NCP-Congress.

Later, on Friday a series of meetings have been lined up of the Shiv Sena, Congress, later Congress-NCP and their allies and finally among the top leaders of Sena-NCP-Congress.

It's expected that the three parties' alliance - likely to be christened `Maha Vikas Aghadi` - will be formally announced and they would soon stake the claim to form the government before Governor BS Koshyari.