The RPI has been given six seats as part of the seat-sharing deal among BJP, Shiv Sena and other smaller allies. 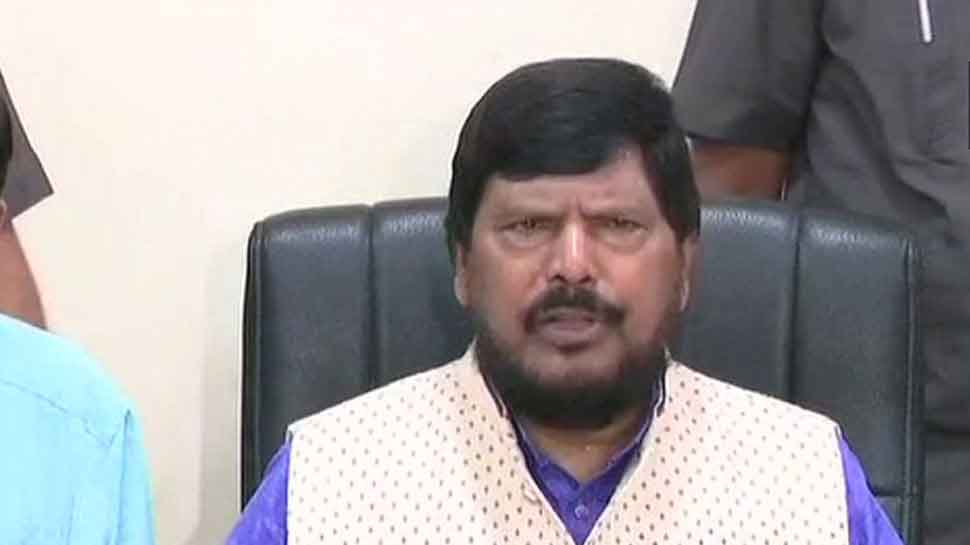 New Delhi: Republican Party of India (RPI) leader Ramdas Athawale on Saturday expressed his displeasure on the seat-sharing deal among the ruling saffron combine BJP and Shiv Sena but assured to stand by it for the sake of Ambedkar followers in the power.

Taking to Twitter, Athawale shared a note on Saturday writing that he is unsatisfied with the seat-sharing between parties of Shivsena BJP alliance, but will keep supporting it to keep up the stake of Ambedkar followers in power.

The RPI has been given six seats as part of the seat-sharing deal among BJP, Shiv Sena and other smaller allies. Five other seats that have been given to the RPI are Malshiras in Solapur district, Bhandara, Naigaon in Nanded district, Pathri in Parbhani district, and Mankhurd-Shivaji Nagar in Mumbai. BJP and Sena, on the other hand, has got 150 and 124(+2) seats respectively. The Sena and BJP had contested the Maharashtra election separately in 2014.

The Maharashtra Assembly elections is slated to be held on October 21 and the counting of votes will take place on October 24.