Shiv Sena has attacked Centre over its failure to declare unseasonal rains in Maharashtra as ''natural calamity.'' 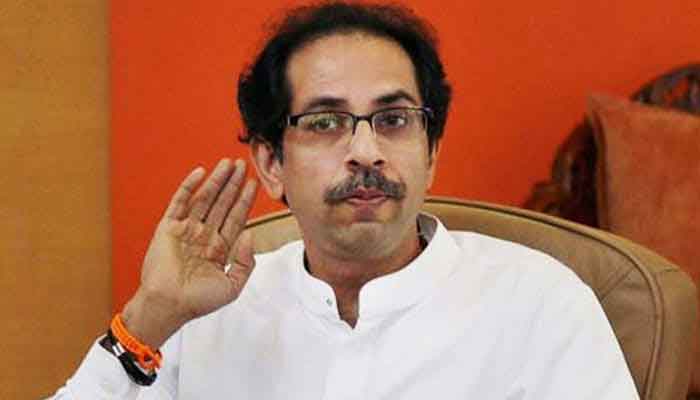 MUMBAI: BJP's estranged NDA ally Shiv Sena has made yet another attack on Prime Minister Narendra Modi-led government at the Centre, saying it has not done enough to address the farmers' plight in Marathwada region and has not yet declared unseasonal rains in Maharashtra as ''natural calamity.''

In an editorial published in its mouthpiece Saamana, the Shiv Sena alleged that the Centre was least bothered about the problems being faced by the farmers in Marathwada and, due to the government's lack of concern for the farmers, the situation was turning worse in the region.

The Sena editorial said that the rain-hit farmers in the Marathwada region continue to commit suicides as they are unable to cope up with the situation and pay their debts and bank loans.

Demanding immediate relief for farmers, the Sena editorial said that the farmers of the region needed to be compensated by the Centre as their crops had been damaged by a natural disaster.

Expressing concerns over the rising number of farmers' suicide cases, the Sena editorial said that first drought and then excessive rainfall has made the life of farmers difficult in Maharashtra. Farmers have committed suicide in almost every district of Marathwada and, between October 14 to November 19, at least 68 cases of suicide by farmers have been registered in the region.

It stated that in Beed district alone 16 farmers have committed suicide, while 12 in Nanded, 11 in Parbhani, 9 in Sambhaji Nagar, 7 in Latur, 6 in Jalna, 4 in Hingoli and 3 in Dharashiv have ended their lives, the Sena editorial said.

It went on to say that since January, at least 746 farmers in Marathwada alone, and a total of 1623 farmers have committed suicide in the past eleven months. This explains the seriousness of the situation in Maharashtra.

The strongly-worded Sena editorial concluded by giving a piece of advice to the Centre to urgently address the issues of farmers failing which, it warned, will have dire consequences.

The Maharashtra-based party had on Monday turned up the heat on its former NDA partner - the BJP - on issues related to the farmers of Maharashtra and staged a protest inside the Parliament complex. The Shiv Sena MPs were seen chanting slogans in the Lok Sabha and staging a walkout from the House as well on Monday.

NCP chief Sharad Pawar is also expected to take up the farmers' issue with meet PM Modi on Wednesday.

On the first day of the winter session of Parliament, Sena MPs, including former Union minister Arvind Sawant and Sanjay Raut, held a protest inside Parliament’s premises, demanding that the Centre declare unseasonal rains in Maharashtra as a natural calamity.

Unseasonal rains have damaged crops spread across about 7 million hectares and led to a loss of Rs 5,000 crore in Maharashtra, where the BJP and the Shiv Sena have feuded over government formation after fighting the October 21 assembly elections in an alliance.

The feud, which led President’s rule to be imposed on Maharashtra this month, has caused a break-up of the BJP-Sena partnership.

Monday was the opening day of the winter session of Parliament, which is the first since the Sena and BJP failed to secure a deal on forming a government in Maharashtra despite emerging from the assembly elections with a majority between them in the 288-member assembly.

The Sena was part of the BJP-led National Democratic Alliance (NDA), but after Sena MP Arvind Sawant resigned from Narendra Modi ’s council of ministers, the Maharashtra-based party’s MPs were allotted seats in the opposition benches.

The relationship between the two parties touched a new low after the Sena decided to explore a government without the BJP and with the help of the Nationalist Congress Party of Sharad Pawar and the Congress.