1 dead, three out of five people trapped in drainage hole in Pune rescued

At least five people got trapped in a hole meant for a drainage line in the Dapodi area of Pune on Sunday. 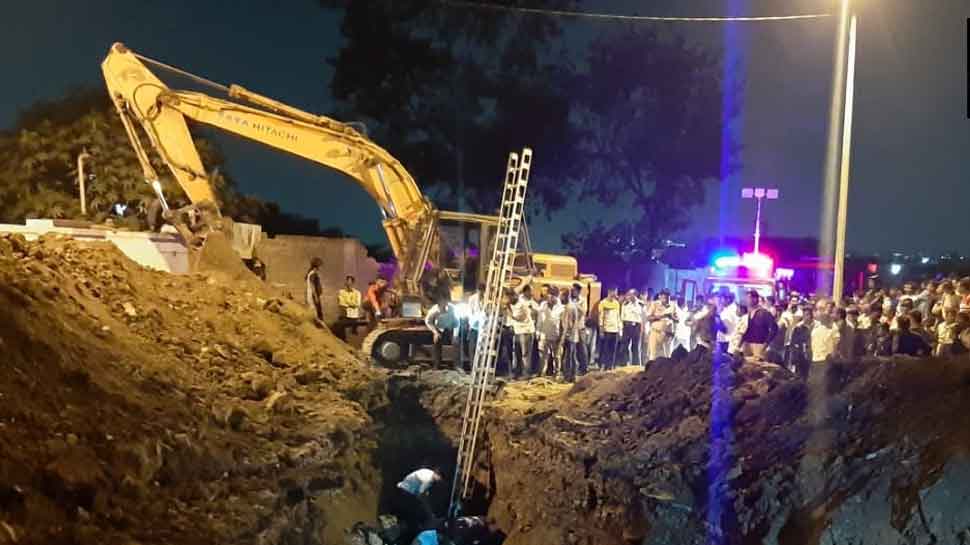 Pune: At least five people, including two fire brigade personnel, got trapped in a hole meant for a drainage line in the Dapodi area of Pune on Sunday evening.

According to reports, a fire brigade team had earlier reached the spot after receiving information about a person trapped in the drainage hole.

Maharashtra: Five people, including two fire brigade personnel trapped in a hole, that was dug for a drainage line in Dapodi area of Pune. pic.twitter.com/DgBP0cas3T

However, during the rescue operation, the ground caved in due to which the two fire brigade personnel fell in the hole along with two other civilians.

One fire brigade personnel, Vishal Jadhav, who had gone to rescue the man who had fallen into the hole, later succumbed to injuries.

After serious efforts, three out of the five people, who were trapped in the drainage hole, were rescued.

10 fire brigade vehicles were engaged in the rescue operation and an NDRF team also reached the spot.

The rescue operation is currently underway to save the fifth person.