The yellow metal witnessed its biggest weekly gain in more than three months as it held firm near a nine-year high. 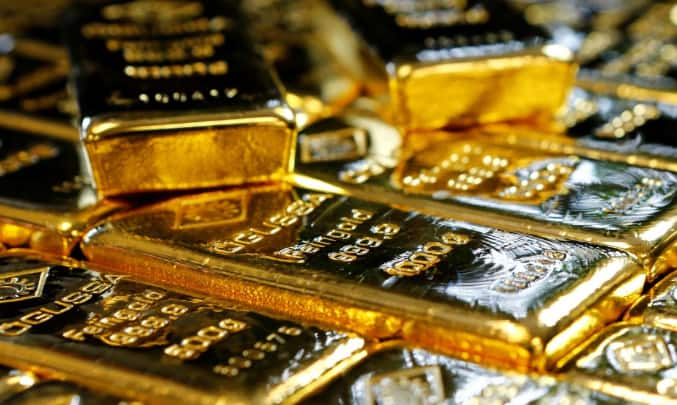 New Delhi: Gold prices in the international market on Friday (July 24) reached all-time high levels seen nine years ago in the wake of the US-China spat amid fears over the economic hit from the coronavirus pandemic.

The yellow metal witnessed its biggest weekly gain in more than three months as it held firm near a nine-year high, benefiting from a weak dollar and inflation expectations due to stimulus for virus-battered economies, said a Reuters report.

Gold tends to benefit from widespread stimulus measures from central banks as it is perceived as a hedge against inflation and currency debasement.

Rising Sino-US tensions also prompted investors to seek safety in bullion. China ordered the United States to shut its Chengdu consulate in retaliation for the closure of its consulate in Texas.

Gold prices in Delhi, however, continued to hit new highs on Friday, rising by Rs 475 to Rs 51,946 per 10 gram on the back of gains in the international prices of the precious metal and rupee depreciation.

non-yielding gold has surged 24% this year, underpinned by low-interest rates and stimulus from central banks to revive their economies, which benefits bullion since it`s a perceived hedge against inflation and currency debasement.

Further helping gold, the dollar index held near a two-year low and was on track for its biggest weekly decline since early June.