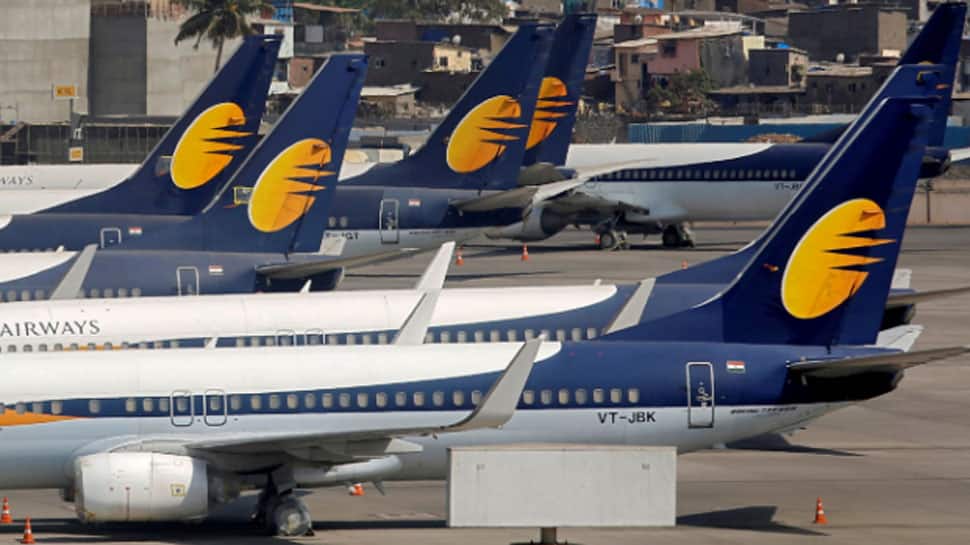 On the traded volume front, 60.53 lakh shares of the company were traded on the BSE and over four crore shares on the NSE during the day.

This the 12th consecutive trading day fall for Jet Airways and the scrip has plunged over 73 percent during this time, wiping out Rs 1,253.5 crore from its market valuation, on the BSE.

Harried bankers Monday decided against an outright sale of Jet Airways to the lone bidder and instead voted to send it for bankruptcy to recover their Rs 8,000 crore dues.

The once-largest private sector airline, started over 25 years ago, stopped flying in April after it ran out of cash and the unpaid lessors took away most of its 100-odd operational aircraft.

After a meeting of the 26 lenders on Monday, SBI in a statement said that "after due deliberations, the lenders have decided to seek resolution for Jet Airways under the bankruptcy code since only a conditional bid was received".

The decision of the lenders to seek bankruptcy process through the NCLT came exactly two months after the airline stopped flying on April 17 after being on the fringe since last July.

The scrip has also been on a backfoot following announcement that stock exchanges will impose restrictions on trading in Jet Airways' shares from June 28 as part of preventive surveillance measures to curb excessive volatility, according to a circular issued last week.

Markets close on a positive note; Sensex back at 39,000