With a BBA degree from Wharton and an MBA from Imperial College of London, many feel 40-year-old Conrad Sangma can be an able successor to father PA Sangma. 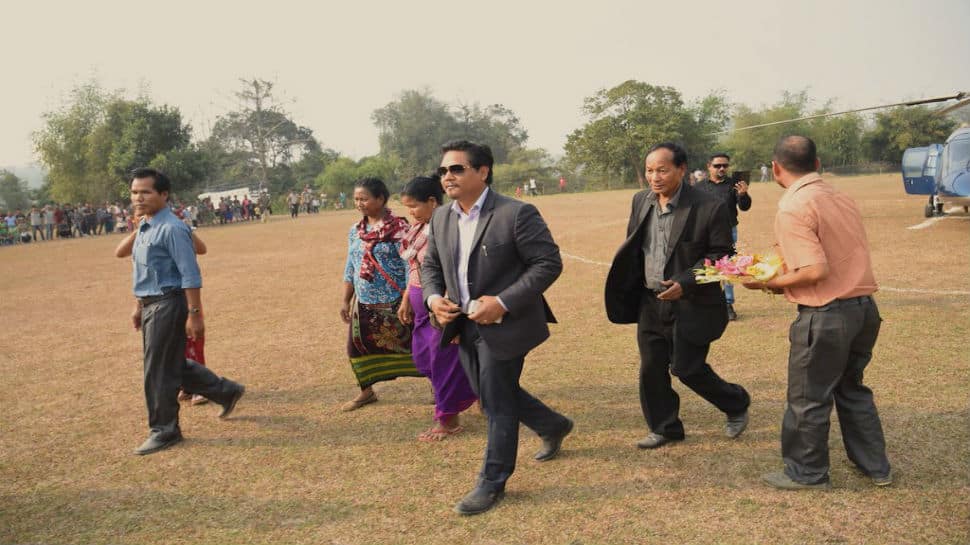 New Delhi: Far from seat of power that Delhi is, it was Meghalaya's turn to make headlines last week. The political hullabaloo reached a crescendo after no single party managed to reach the majority mark. And after hectic negotiations by both BJP and Congress, a 40-year-old Conrad Sangma emerged triumphant.

Sangma, chief of National People's Party (NPP), took oath as Meghalaya's 12th Chief Minister on Tuesday - following in the footsteps of his father PA Sangma who was the state's CM between 1988 and 1990. While father Sangma was a key face of Congress in Meghalaya before being expelled from the party in 1999 for protesting against Sonia Gandhi's ascent in the party, son Conrad is now leading a rare alliance between five parties which has relegated the same Congress to the sidelines.

We clear on our agenda of good governance, many sectors need to be looked into. Real challenge and work starts today. We will work to take our state forward: Meghalaya CM Conrad Sangma pic.twitter.com/rMX49KJA6j

Regarded by some as a political scion with a bright political future, Conrad has age and educational degrees to back these predictions with. Here are five interesting facts about the Meghalaya's new CM.

1) Conrad completed his schooling from Delhi's St. Columbas School before getting a degree in business administration from Wharton and an MBA from Imperial College of London. He is married to Mehtab Chandee, a doctor.

2) Conrad joined politics in the late 1990s and was the campaign manager for his father around the time. His electoral debut on an NCP ticket ended in defeat when he lost a 2004 by-election by 182 votes.

3) He became Meghalaya's youngest Finance Minister when he assumed office in 2008.

4) Conrad was the Leader of Opposition in the Meghalaya assembly between 2009 and 2013. He took the control of NPP after the death of his father in 2016.

5) He is involved in numerous social initiatives and is President of PA Sangma Foundation.

Conrad Sangma sworn in as new Chief Minister of Meghalaya