Reasons Why Galaxy M51 Is The Meanest Monster Smartphone Ever!

While we absolutely adore Mo-B and his mischievous smile, we think Samsung M51, with its kickass features of long-lasting battery, top-class sAMOLED Infinity-O display and segment-leading 64MP Quad Camera, will be hard to beat. 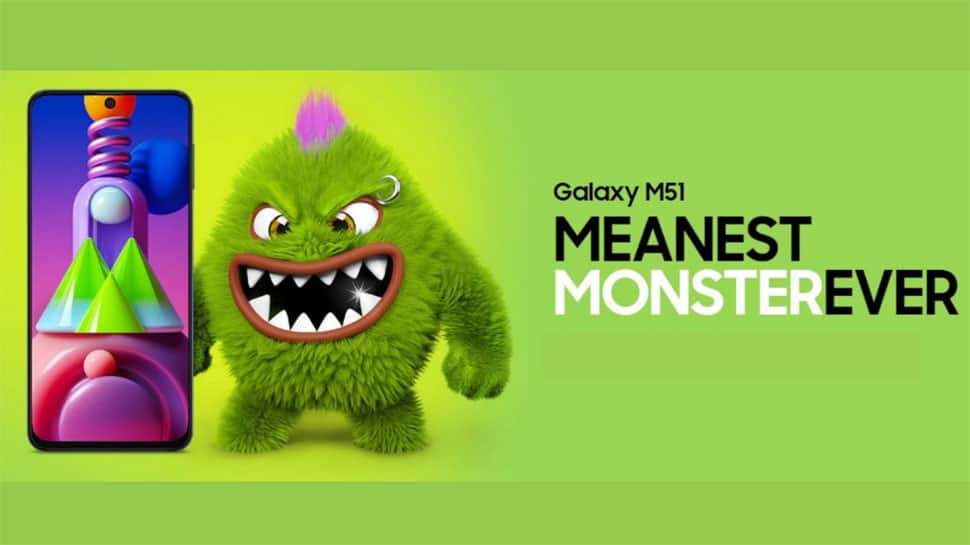 A few days ago when Samsung India announced the launch of Galaxy M51, Mo-B, a fluffy green monster from Hollywood came to the forefront and challenged the device to emerge as the meanest monster ever. Immediately, we knew this isn't just another mega launch by the South Korean smartphone major. It's a face-off; a battle for the title of the 'Meanest Monster Ever'. We hear there will be for face-offs between Mo-B and M51, where the former has challenged the device basis the following features - battery, display, camera and processor.

While we absolutely adore Mo-B and his mischievous smile, we think Samsung M51, with its kickass features of long-lasting battery, top-class sAMOLED Infinity-O display and segment-leading 64MP Quad Camera, will be hard to beat.

Meanwhile, our money is on Galaxy M51 and here's why we think the upcoming smartphone under M Series will take the title of the Meanest Monster Ever. 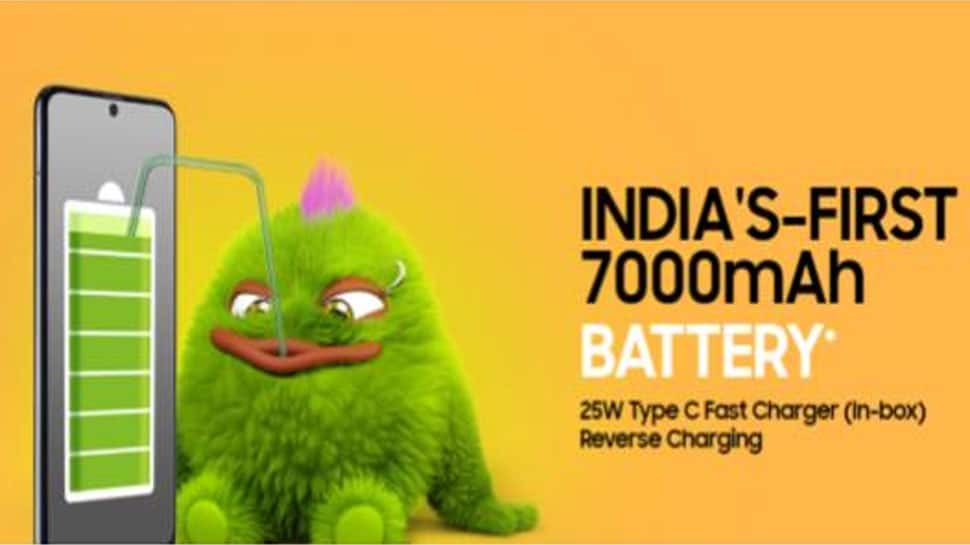 We hear that the Galaxy M51 will pack in a MASSIVE 7000mAh battery facilitating reverse charging and, will come in with 25W Type C Fast Charger. This is also India's first ever smartphone with 7000mAh battery and, it's undoubtedly the major selling point of the device. In fact, Galaxy M51 is equipped to last two days which means you don’t have to worry about battery problems while binge-watching an entire season or playing your favourite game for hours. Mo-B really has to come with some serious tricks to compete against this one!

A Blazing Qualcomm® Snapdragon 730G Under The Hood

Samsung Galaxy M51 will be powered by the Meanest Processor Ever, i.e. the Qualcomm® Snapdragon 730G which basically means that the gaming experience will be top-notch with better graphics, smoother gameplay and powerful audio. 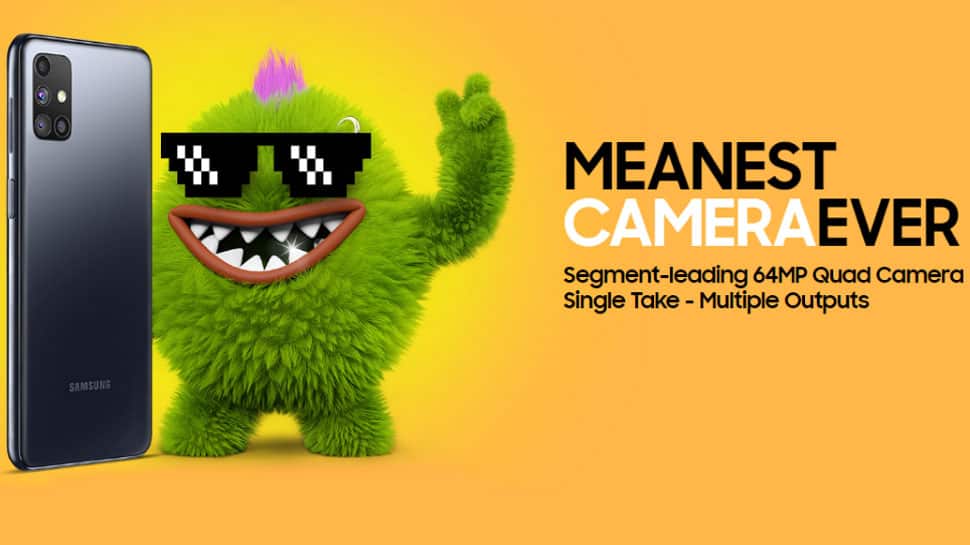 Samsung Galaxy M51 will sport a quad rear camera setup featuring India’s leading 64MP ‘Intelli Cam’ coupled with f/1.8 aperture and 0.8 um pixel size that makes sure that you can treasure each and every aspect of your life in a frame.

But that's not all! We hear that you can capture the vividities of life and nature with the latest Galaxy M Series camera software technology – Single Take Mode.

Single Take takes video and shoots stills - all in one go, just at the press of a single button.

Single Take gives you up to 10 outputs, of which 6 are static and 3 are videos. The six static output that Single Take churns include –the original image shot with the powerful 64MP ‘Intelli Cam’ lens Sony IMX 682 sensor, AI detected ‘Best Moment Selection’, one still image with Samsung Camera Filter, a black and white picture, one AI Smart Crop photo, a single frame picture.

For videos, the Single Take Mode delivers an original video with the 64MP ‘Intelli-Cam’ lens, a video with Hyperlapse and a Boomerang Video. FYI, the ‘Intelli-Cam’ is fully equipped to produce mind-blowing hyper-lapses even at night!

Adding the final cherry on the top is the Night Mode that captures beautiful low-light shots with no compromise on the quality, credit goes to the low aperture.

Mo-B, are you reading this?

The Meanest Display Ever! 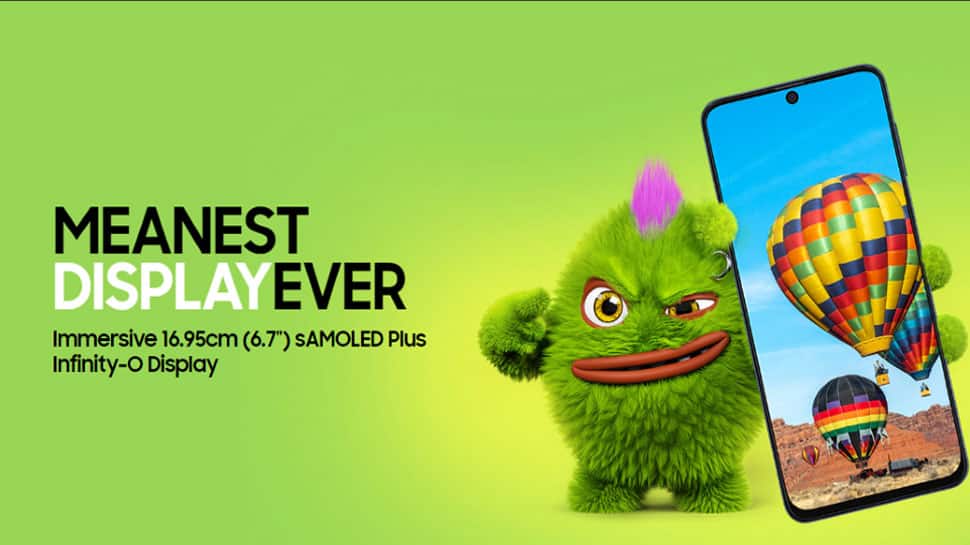 The Samsung Galaxy M51 will feature a 6.7-inch full-HD+ Super AMOLED+ Infinity-O display. There is a punch-hole at the top-centre which houses the 32MP selfie camera. We feel that the display will provide nothing but a butter-smooth immersive experience for the user.

We cannot wait for the launch of Galaxy M51 and finally see if it can beat Mo-B and emerge as the Meanest Monster Ever. The launch is scheduled on September 10, 12pm onwards. For more details click here.