A host of top-class distance runners from the African continent, including pedigreed nations Ethiopia and Kenya, have descended here to show their worth and fight for the cash prizes. 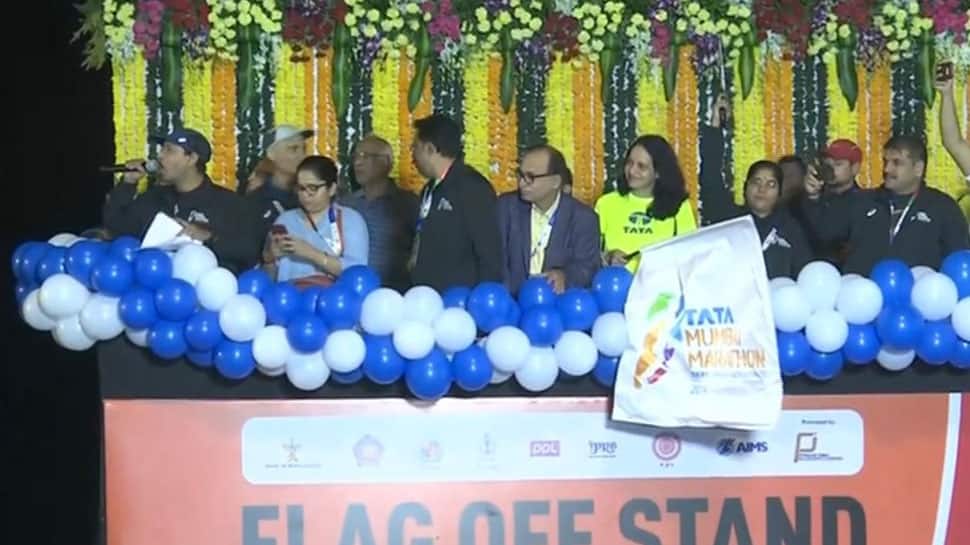 Mumbai: The 16th edition of Tata Mumbai Marathon (Amateur Full) has on Sunday been flagged off by Mary Kom from outside the landmark Chhatrapati Shivaji Maharaj Terminus (CSMT). There will be record participation of more than 46,000 runners this year and the total prize money awarded will be USD 405,000.

#Maharashtra : Visuals of the 16th Mumbai Marathon (Half Marathon for Amateur and Elite) from Worli, Mumbai. pic.twitter.com/xlnYYl36zj

A host of top-class distance runners from the African continent, including pedigreed nations Ethiopia and Kenya, have descended here to show their worth and fight for the cash prizes.

With a message of converting disability into ability, as many as 16 soldiers who were disabled in war are also taking part in the Marathon. Led by former Vice Chief of Army Staff Lt Gen Vijay Oberoi Four officers, two JCOs and 10 jawans who have sustained disabling injuries, including amputated limbs in various wars of 1965, 1971, Kargil and the Indian Peacekeeping Force operations will participate in the 'Dream Run category' of the Mumbai Marathon under the banner of War Wounded Foundation.