The collapsed building was reportedly close to 100 years old and that a notice had been issued in 2017 for it to be vacated. 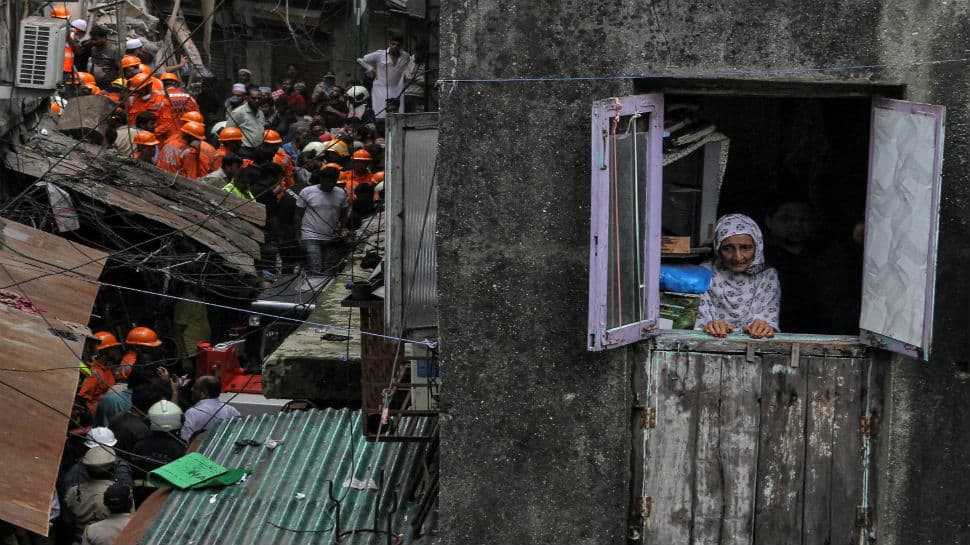 Mumbai: The death toll in Kesarbhai building collapse climbed to 14 by Wednesday morning with rescue efforts being undertaken through the entire course of the previous night.

Four more deaths were reported in the intervening night between Tuesday and Wednesday as emergency personnel hunted for survivors under the debris of the collapsed  four-storey building. The injured have been admitted to the city's J J Hospital and Habib Hospital.

The collapsed building was reportedly close to 100 years old and that a notice had been issued in 2017 for it to be vacated. Maharashtra Chief Minister Devendra Fadnavi also said that the residents had previously met MHADA officials for the redevelopment of the building. In what is now being called absolute apathy on the part of authorities, the building not only stood as is but was also not vacated.

Tragedy was always looming and it struck on Tuesday when the building came down like a pack of cards.

The building came down 11:40 AM on Tuesday and since it was located in a locality full of narrow lanes, it became tough for fire brigade vehicles and rescue vehicles to reach the site of the incident directly. Three teams of National Disaster Response Force (NDRF) also reached the spot to help fire department officials carry out rescue work.

Prime Minister Narendra Modi expressed sadness over the collapse of the four-storey building and said that the incident is deeply anguishing. The prime minister expressed condolences to the families of those who lost their lives in the incident and wished speedy recovery for the injured people.

Incidents of wall collapse, open drains and waterlogged roads and now the Kesarbhai building coming down has not only resulted in the tragic loss of innocent lives but has brutally exposed Mumbai authorities' inability to prevent man-made tragedies.