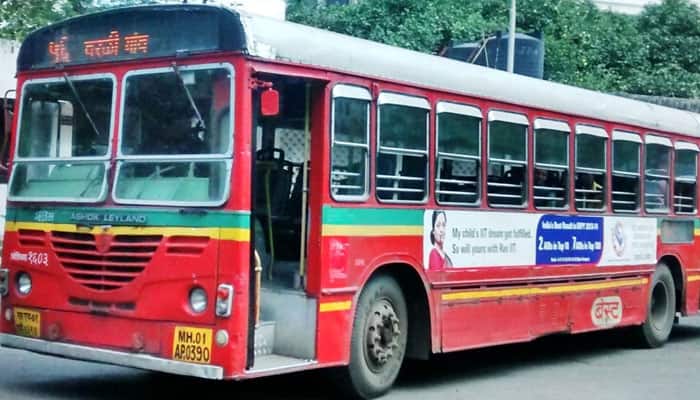 MUMBAI: Opposition parties hit out at the BJP and Shiv Sena for the BEST bus strike which entered its seventh day on Monday in the metropolis even as an official of the civic-run transport undertaking expressed hope that a High Court hearing later in the day will resolve the issue.

Over 32,000 employees of the Brihanmumbai Electric Supply and Transport Undertaking (BEST) are on strike since Tuesday last week and 3200-odd buses in its fleet are off the roads.

Striking workers are demanding the merger of BEST's budget with the Brihanmumbai Municipal Corporation, the former's parent body, as well as higher wages.

Talks over the last week between a state government committee led by the Maharashtra chief secretary and striking BEST unions have failed to break the impasse.

The Nationalist Congress Party and Aam Aadmi Party Monday questioned the motives of the ruling BJP-Sena combine and asked why the strike had been allowed to linger on for a week now.

He added, "The BJP will also hand over electric supply to their friend Adani. Shiv Sena and BJP are holding Mumbaikars to ransom to benefit their leadership."

"We support the demands of the strikers and are shocked that the government is unaffected by the longest BEST strike ever. This government is anti labour. It had also turned a deaf ear to the MSRTC's (Maharashtra State Road Transport Corporation) strike last year," she said.

A senior BEST official, meanwhile, said, "We have pinned our hope on the Bombay High court which is due to hear this case Monday afternoon. With HC intervention, we are hopeful an agreement will be reached today."

Earlier in the day, Maharashtra Chief Minister Devendra Fadnavis spoke over phone with Shiv Sena chief Uddhav Thackeray to find a solution to the bus stir.

The telephonic conservation between Fadnavis and Thackeray took place after a meeting Monday in Mantralaya between striking BEST union functionaries and state chief secretary D K Jain failed to break the deadlock.

Thackeray has already said that his party will fulfil a promise to merge the budgets of the BMC and BEST.

Commuters, meanwhile, continued to suffer with autorickshaws, taxis as well as private and state transport buses unable to cope with the daily passenger load catered to by BEST.

Kandivali-resident Shrinivas Tambe (50) said, "I have to travel over two-and-half kilometres to reach office.

It seems the authorities in power are supporting the strike or else it would not have gone on for such a long time. I suspect the government will shut down BEST once more metro routes are operational."