Routes of several BEST buses were diverted due to waterlogged roads while there were also reports of some trains running late. 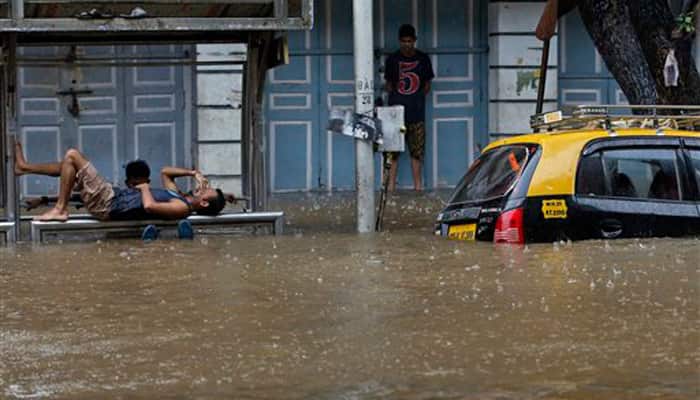 The first heavy rain of the season has left Mumbai crippled once again. While there have been massive traffic jams in different parts of the city, there were also reports of flights and trains getting delayed. Routes of several buses run by Brihanmumbai Electric Supply and Transport (BEST) were also diverted as roads were waterlogged.

The Mumbai Police took to microblogging site Twitter to inform about the condition of roads in different parts of the city. According to the Mumbai Police, there was waterlogging up to 2.5 feet at areas near Khar Masjid and SV Road. The traffic from these areas had been diverted through Linking Road.

In another tweet, the Mumbai Police furnished a list of the roads that were waterlogged leading to major traffic snarls. The monsoon update said that Santacruz had received 98 mm rain in a span of just three hours.

Water logging at several places across the city due to the heavy showers. Please head on to the roads with care & reach out to us if we can help in any way #MonsoonSafety pic.twitter.com/2cBOkOh80I

The waterlogged areas mentioned are:

# Many parts of Powai, Sion, Vikhroli and Mulund

The advisory further said that buses to Sewree were diverted through Sharda Talkies.

The Mumbai Police also said that “traffic police are on field to assist you whenever and however required”.

There were also reports of waterlogging in Juhu, Vasai and other areas. Heavy traffic jams were reported on Jogeshwari Vikhroli Link Road from Jogeshwari highway to IIT Powai, from Borivli to Santacruz. Routes of several BEST buses were diverted due to waterlogged roads at Makhmali Talao Thane, Sion and Hindmata Cinema Dadar.

A view of Mogra Nalla from the Disaster Management Control Room. We request all citizens to not drive into water logged areas till the water is pumped out. We understand you may get slightly delayed but let’s not compromise on safety #MumbaiRains pic.twitter.com/Xp8asXWovX

Hello, Mumbai! The island city and suburbs have received 33 mm and 95 mm rainfall respectively. While we're on our toes, it may take some time to pump out all water from waterlogged areas owing to neap tide. Hopefully, all should be well by late evening. #MumbaiRains pic.twitter.com/U4W8I290gz

The Brihanmumbai Municipal Corporation also issued an alert on its official handle on microblogging site Twitter warning of heavy rainfall throughout the day in Mumbai city and suburban areas. The BMC shared a warning by the Indian Meteorological Department (IMD), which read, “Loud peals of thunder with frequent lightning flashes, moderate to heavy spell of rain and maximum wind speed 29 to 74 kmph – in gusts.”

In another tweet, the BMC said, “Hello, Mumbai! The island city and suburbs have received 33 mm and 95 mm rainfall respectively. While we're on our toes, it may take some time to pump out all water from waterlogged areas owing to neap tide. Hopefully, all should be well by late evening.”

While there were also reports of Mumbai’s lifeline local trains getting delayed at several places, the Central Railway clarified on Twitter there had been no disruption in the services. The tweet said, “Central railway suburban trains are running... No disruption.... Don't believe in rumours.”