The main day of the festival includes Chhath Pujan and Sandhya Arghya on Shashti which is on November 2 this year. 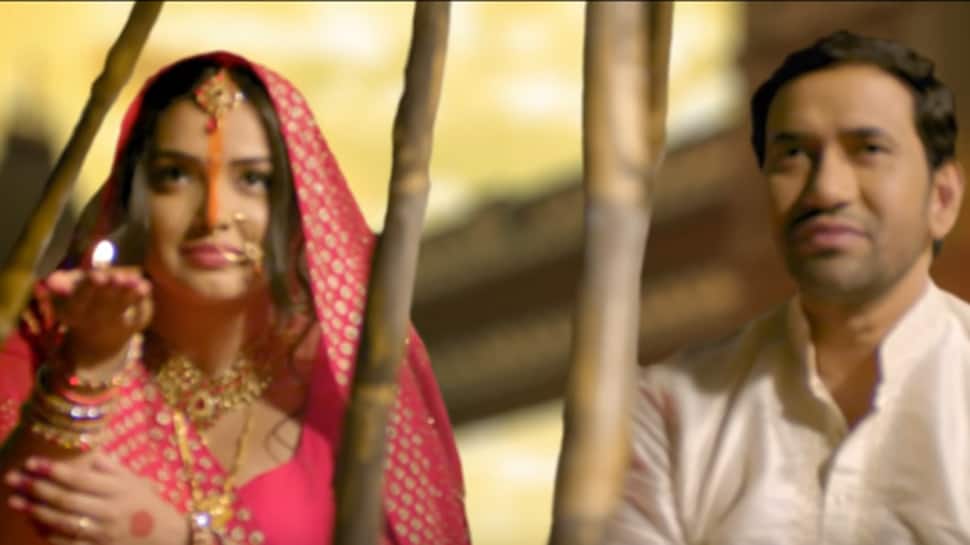 New Delhi: The auspicious occasion of Chhath festival is in full swing and the entire nation is immersed in the festivity. This is a four-day-long affair which began this year on October 31 and will last till November 3. During this festival, devotees offer their prayers to Lord Surya (Sun God) and his consort Usha and Pratusha (Chhathi Maiya) respectively.

The devotional Chhath Geet is hugely popular and has crossed 7,892,986 views on YouTube where it is uploaded by Worldwide Records Bhojpuri.

The original song is sung by veteran Bhojpuri singer Sharda Sinha and in the movie, it is sung by Kalpana.

The music is by Madhukar Anand and the lyrics are by Pyare Lal Yadav.

Chhath Puja is widely celebrated in the country but predominantly it is the major festival in Bihar, Jharkhand, Odisha, Uttar Pradesh and in parts of Nepal. Chhath Puja is believed to be the only Vedic Festival dedicated to Surya (the Sun God).

The sunrise and sunset timings hold great significance during this four-day-long festival. The main day of the festival includes Chhath Pujan and Sandhya Arghya on Shashti which is on November 2 this year.