After an unpleasant conversation with singer Armaan Malik on Twitter on Monday, Sonakshi, took to Twitter to clarify that she will not be performing at the event. 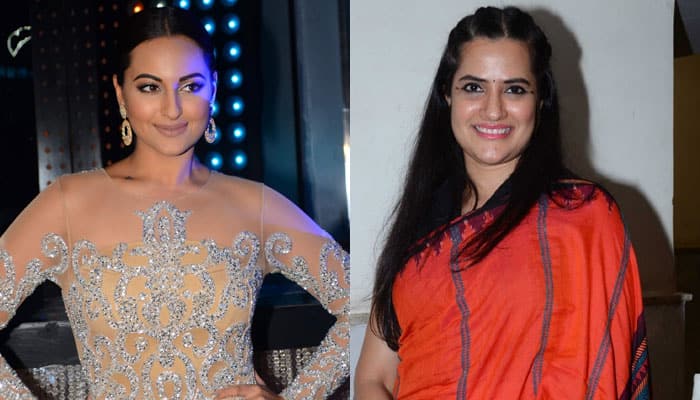 Mumbai: Justin Bieber’s Purpose Tour is already making headlines over Sonakshi Sinha ‘rumoured’ gig at the Canadian pop sensation’s concert here that DY Patil stadium on May 10. The actor, who was reportedly all set to perform at Bieber’s debut concert in India, has now denied being a part of the even as a performer.

After an unpleasant conversation with singer Armaan Malik on Twitter on Monday, Sonakshi, took to Twitter to clarify that she will not be performing at the event. But this has irked singer Sona Mohapatra, who has always been blunt while expressing her take!

Mohapatra slammed Sonakshi for not communicating the same to Amaal on Monday. In a series of tweets, Mohapatra criticised Sonakshi for insulting singers and musicians. Check out Mohapatra’s tweets here:

Dear Sonakshi,if you weren't 'performing' at the Bieber concert like you now proclaim, then u could have just said so & not talked about (1)

your 'art', your 'dreams' & your rights on the live performance stage. Also insulting a composer & live artist who you claimed literally (2)

ran after you to 'collaborate' with them. You actually laughed at them & talked down to them, instead of telling the truth? Gracious! (3)

Dear lady, you were condescending to real musicians & singers all through & continue to be with this juvenile 'face saving' post now. SAD. https://t.co/esK5ZLnLob

Mohapatra felt that Armaan could have been a better choice for the Bieber event. On Monday, the singer wrote:

Let's start with some commitment to 'craft' & 'technique' to start with? ART is a big word to throw around here in my 'artistic' opinion. https://t.co/OmHFvYX0QQ

Such a slap on the face of music, audiences, fans of music, performing artists, live music, musicians & also on India. Integrity be damned. https://t.co/mkF4G4LusO

In a fair & more intelligent environment, @ArmaanMalik22 would have made for the perfect opening act for Bieber.Young, talented & can sing!

Well, there seems to be a wide gap between the actors and the singers. Hope they collectively bridge the gap soon.