Mahatma Gandhi Jayanti: Songs that remind us of the legend

On Mahatma Gandhi's 150th birth anniversary today, here is a look at some songs that will remind you of the legend! 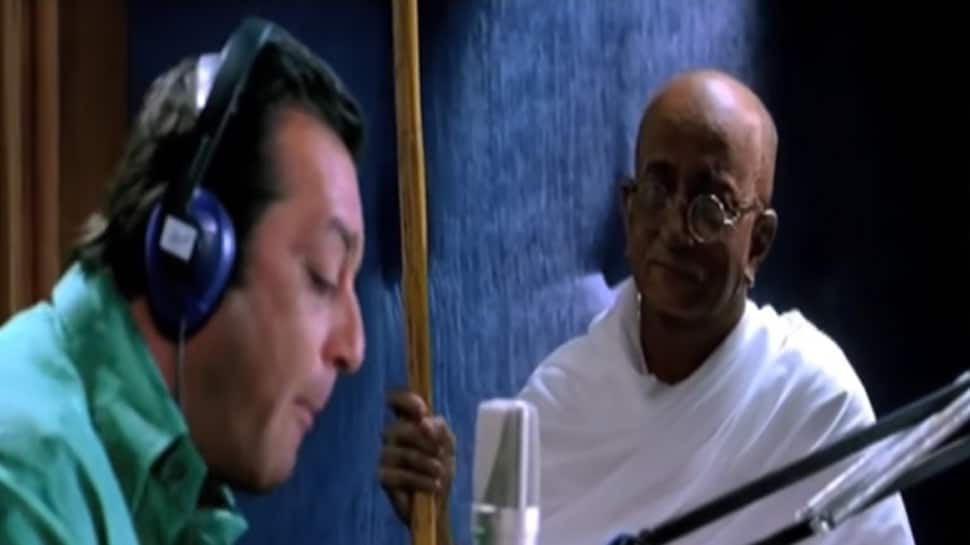 New Delhi: The name Mahatma Gandhi evokes the spirit of nationalism. He is one of the most influential and inspirational figures of the world and served as a zealot in India's struggle to freedom. His staunch approach of non-violence as a tool to chase away the tyrannical rulers from the country left his mark on the world. He was an excellent listener, whose humility and compassion allowed the mass of people to believe in him. He had the power of saying more with less — and today, these words, inflected with the heart and wisdom that have made him an international icon, who continues to inspire countless millions across the globe.

On Gandhi's 150th birth anniversary today, here is a look at some songs that will remind you of the legend:

Sung by Sonu Nigam, Shreya Ghoshal and Pranab Biswas, this song from 'Lage Raho Munna Bhai' is one of the most accurate descriptions of the legend. The film released in 2006s and starred Sanjay Dutt, Arshad Warsi and Vidya Balan in lead roles.

This composition by Kavi Pradeep was released in the year 1954. Asha Bhonsle's voice further adds to the charm of this song.

This beautiful composition by Sachin Dev Burman will be etched in our hearts forever.

Sung by the legendary singer Mohammed Rafi, this song describes the Mahatma's life and deserves to be on your playlist today.

This is known to be Gandhi Ji's favourite bhajan and will envoke his memory the moment you listen to it. The Bhajan was revamped and made into a song for the film 'Satyagrah'.