The song has been sung by Shankar Mahadevan with music by Shankar Ehsaan Loy. 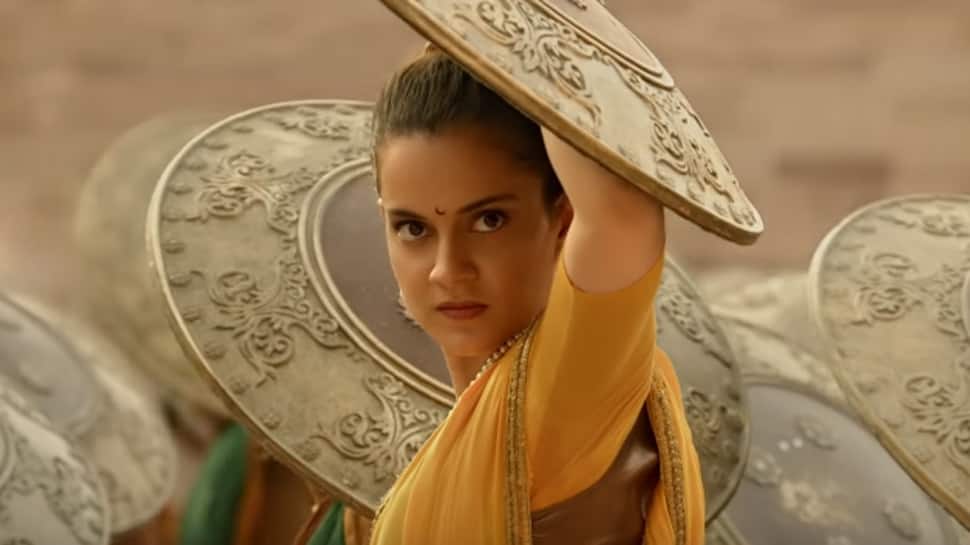 New Delhi: Kangana Ranaut's 'Manikarnika: The Queen of Jhansi' is one of the biggest releases of 2019. The film is slated to hit the silver screens on January 25 and is high on the buzzword ever since its inception. Kangana plays the valiant queen Laxmibai in the film. The film also marks popular television actress Ankita Lokhande's debut in Bollywood. She plays the role of Jhalkari Bai.

To further increase the excitement level, a brand new song titled 'Vijayi Bhava' has been unveiled and it has some impressive action sequences by Kangana.

The song has been sung by Shankar Mahadevan with music by Shankar Ehsaan Loy. The lyrics have been penned by Prasoon Joshi.

'Manikarnika' is directed by Krish and has been produced by Zee Studios in association with Kamal Jain and Nishant Pitti.

Coming to Kangana, the actress has been missing from the silver screen for more than a year now. Her last outing, 'Simran', failed to create magic at box office. It will be interesting to see Kangana play the role of a warrior-queen as prior to this, she hasn't been a part of any historic film.

Can't wait for the film to release? Believe us, we feel the same!