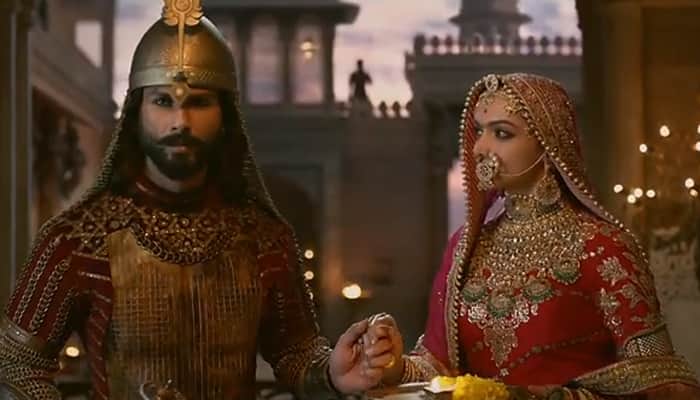 The first song Ghoomar created quite a spark and Deepika looked magnificent in the song. While we still can't get over the amazing dance moves from Ghoomar, here's another song that is more like a ticket to paradise.

The lyrics of the song are by  A M Turaz and Shivam Pathak is the voice behind this soulful track.

Without wasting any time, here's the song:

The grandeur of the sets, the rich experience of royalty and the heart-warming love between Queen Padmavati and Rawal Ratan Singh has taken the excitement level for the film up a notch.

Padmavati is scheduled to release on December 1, 2017. The movie will release in 3D as well!

The movie has been in news since its inception. The sets of the film were vandalised on a couple of occasions and Sanjay Leela Bhansali, the director of the film, was assaulted by a member of a Rajput organisation who believed that the filmmaker was distorting history by misrepresenting facts.

Padmavati also stars Aditi Rao Hydari and Jim Sarbh. The first track Ghoomar was launched on October 25, 2017. Deepika performed the traditional dance like a pro and received a lot of appreciation for it. According to reports, Deepika twirled about 66 times wearing the heavy lehenga.

What are your thoughts on the second song of Padmavati? Do let us know in comments!