The track is slated to release on April 19 on Bhushan Kumar's T-Series. 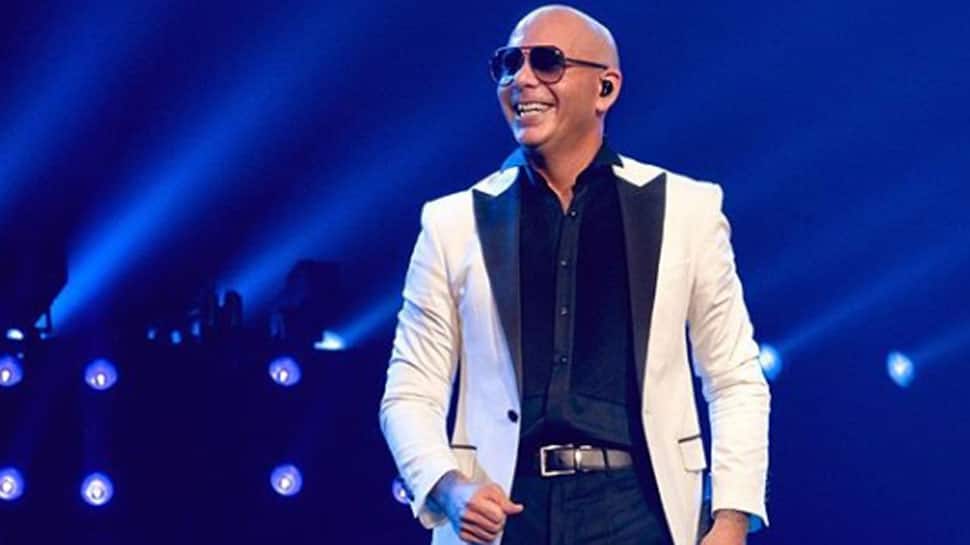 "Slowly slowly" infuses elements from the homegrown and global industry. The upbeat peppy number was shot in Miami in just a day. They went with a multilingual approach and incorporated English, Hindi and Spanish in the song.

"I've shot a worldwide music video with DJ Shadow and Guru. So we're taking it from India to Dubai to Miami and all around the world. 'Dhanyavad' (thank you) to DJ Shadow and Guru for making this happen," Pitbull said in a statement.

To this, Shadow added: "During my time in the US, my exploration of the trends in the western world of music reinstated my vision of infusing musical styles from two different parts of the world. I was in touch with Pitbull's team for over six months before this project actually took shape.

"However, since he has an innate interest in Indian culture and music, he was very receptive to the idea."

Shadow says Pitbull, whose real name is Armando Perez, and his team got excited after listening to "Slowly slowly" for the first time.

"His team instantly resonated with the track and it was his idea to incorporate the names of Indian cities that he visited into the lyrics. In the end, Pitbull's energy and personality mirrored the vibe of the track perfectly...The goal was to create a song which could be universally relatable," he added.

The track is slated to release on April 19 on Bhushan Kumar's T-Series.