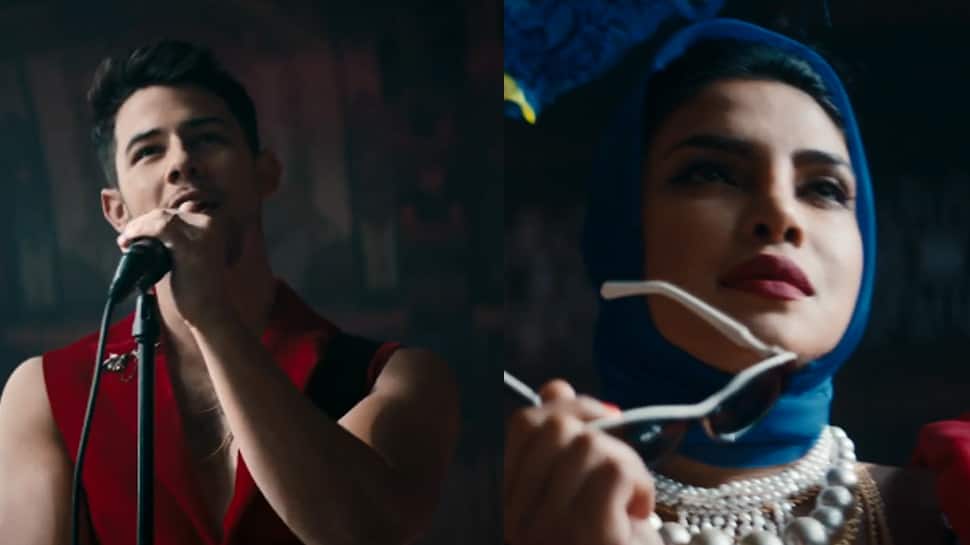 New Delhi: The Jonas Brothers are back! After going their separate ways in the year 2013, the three brothers have reunited for a track titled 'Sucker' and the song looks like an epic family party since it features their lady loves as well. Nick, Kevin and Joe Jonas have collaborated for one epic song which also features Priyanka Chopra Jonas, Danielle Jonas and Sophie Turner.

This is the first time ever that our dear 'Nickyanka' have worked together and it is a delight to watch them!

Expressing her happiness over collaborating with her husband for the first time, Pee Cee took to Instagram and wrote, “#SuckerVideo OUT NOW This is the first time we’ve worked together but not for a moment did it feel like work. Such a fun family affair…#JonasBrothers and the #JSisters cheering each other on! Proud of you husband.”

Bollywood's 'Desi Girl' Priyanka Chopra got married to international singing sensation Nick Jonas in December 2018. The couple's wedding was a fairytale affair with two weddings—one Christain and one Hindu—taking place at Jodhpur's Umaid Bhavan palace. The couple seems to be madly in love with each other and often share adorable pics together, giving us major relationship goals.

Be it welcoming the new year with a kiss or posing as ' Mr and Mrs Jonas', we can never get enough of these two!

What did you think of 'Sucker'? Let us know in comments!

Badla: Amitabh Bachchan's voice in 'Aukaat' song will give you goosebumps—Watch